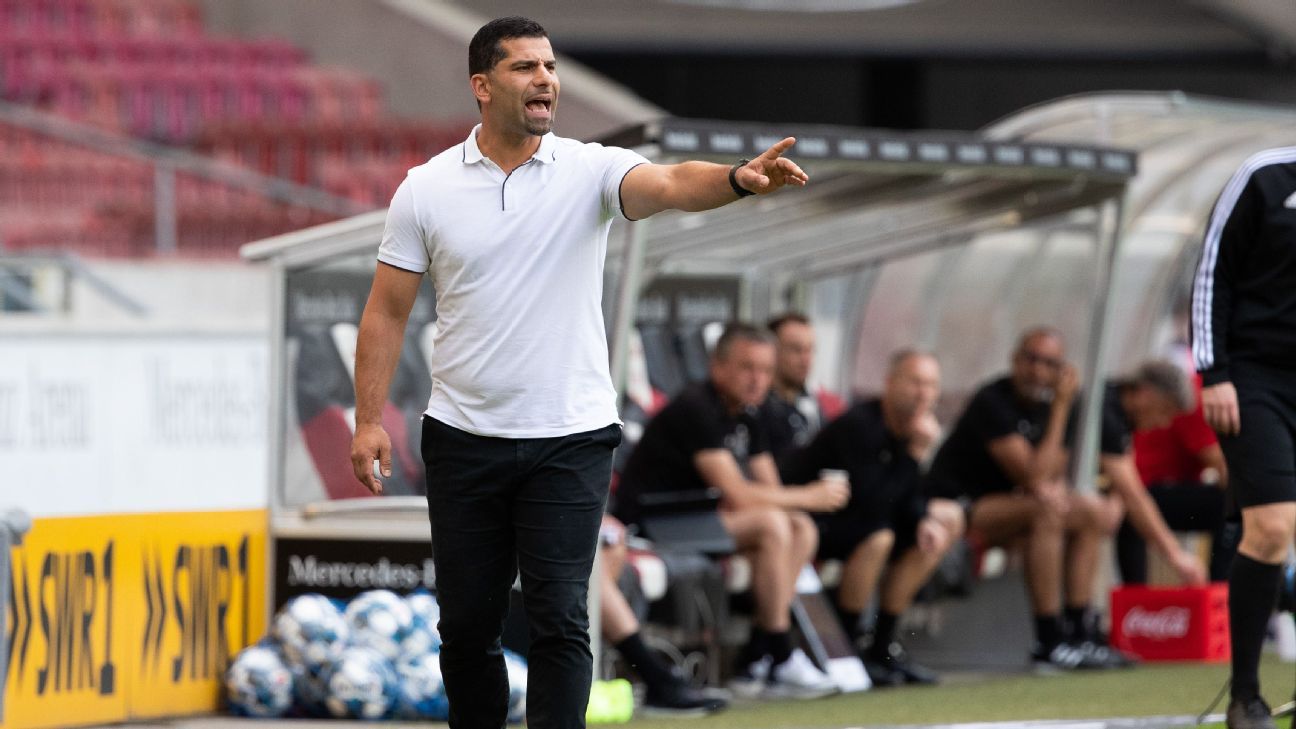 Schalke 04 hired the relatively unknown Dimitrios Grammozis as their fifth coach of a turbulent season on Tuesday.

The 42-year-old Grammozis — a former midfielder with 143 Bundesliga appearances for Hamburg, Kaiserslautern and Cologne — signed a contract through June 2022, the Gelsenkirchen-based club said in a statement.

The German-born Greek coach takes over a team almost certainly heading for the second division. Schalke are last in the Bundesliga with just one win from 23 rounds so far. They are nine points from safety with 11 rounds remaining.

“We are convinced that we have found the right coach in Dimitrios Grammozis for the last third of the season,” Peter Knabel said in his new role as sporting director.

The five coaches in a season is a record in the Bundesliga’s nearly 60-year-long history, with the record of four different coaches held by several clubs including Hamburg and Hertha Berlin.

Grammozis was to lead his first training session on Wednesday with Mike Buskens and Sven Piepenbrock as assistants.

Schalke managed just five points from his Gross’ 10 league games in charge over two months. He led the team to its only win of the season to end a 30-game winless run in the Bundesliga, but couldn’t build on that. David Wagner was fired as coach in September before his successor Manuel Baum followed in December. The team played two games under stand-in coach Huub Stevens before appointing Gross.

“We all know about the sporting situation, but independently of that there are 11 Bundesliga games still to play, and we want to complete them as successfully as possible,” Knabel said. “That’s why Dimitrios is the right choice, both professionally and personally, from our point of view.”

Grammozis started his coaching career with Bochum’s youth teams, graduated to assistant coach with the senior team, then took over as coach at second-division Darmstadt. He makes his Bundesliga debut as coach against visiting Mainz — another team fighting relegation — on Friday.