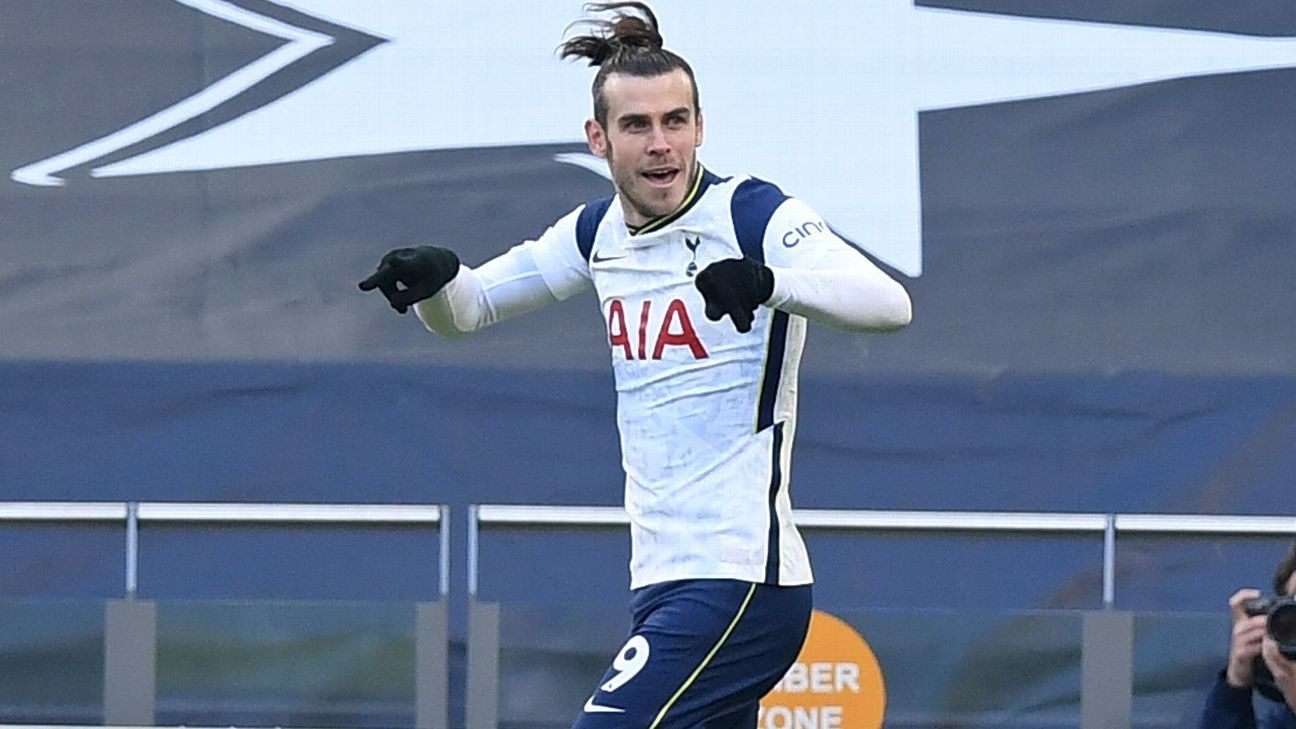 Jose Mourinho has admitted “everything is in Real Madrid‘s hands” regarding Gareth Bale‘s future at Tottenham Hotspur.

Spurs re-signed the 31-year-old on a season-long loan in September as part of an agreement that was not thought to have included an option or obligation to buy this summer.

– Ogden: Bale can be Mourinho’s X-factor, save season
– Stream ESPN FC Daily on ESPN+ (U.S. only)

Bale has endured a difficult time upon his return to north London – seven years after joining Real in a then world-record £85.3 million move — but a recent upturn in form continuing with two goals and an assist in Sunday’s 4-0 win over Burnley has fuelled speculation over the length of his stay.

“In relation to that, you should contact your colleagues in Madrid and they should ask [Real boss Zinedine] Zidane because he is a Real Madrid player.

It is the same with [Carlos] Vinicius [on loan from Benfica]. We try to take care of the players we have on loan, for us, but also for the respect we have for the club that loaned us the player. If you want to know anything about Gareth’s future, I think you should ask your colleagues in Madrid to ask Zizou.”

Spurs eased the pressure on Mourinho with that comfortable win over Burnley, only their second Premier League win in seven matches dating back to Jan. 17.

But ahead of Thursday’s trip to Fulham, the 58-year-old said: “We won 4-0, one match that we played very, very well and certainly it looks like my methods are good again, Gareth Bale is a top player again and we play wonderfully.