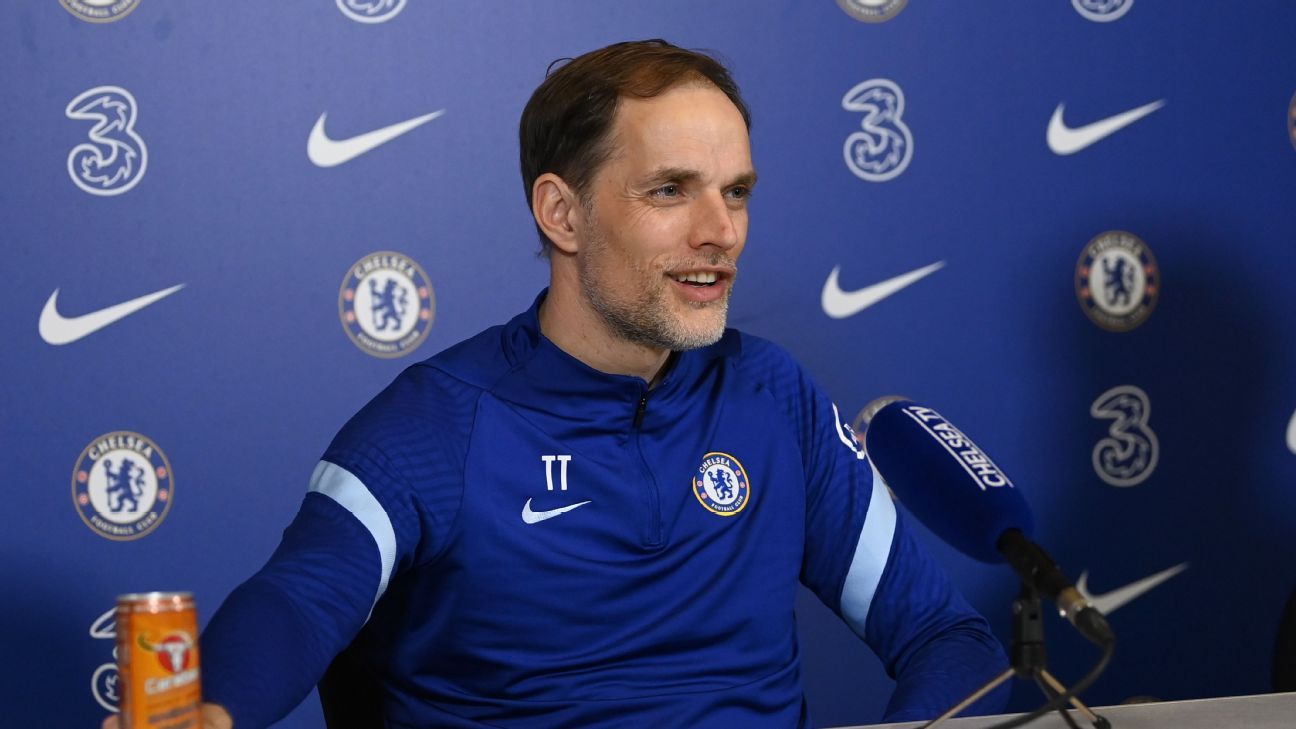 Thomas Tuchel has said he is hopeful that Chelsea can challenge Manchester City for the Premier League title next season.

Pep Guardiola’s side secured their 21st consecutive win in all competitions with a 4-1 victory over Wolves on Tuesday and are set to clinch their third title in four seasons.

– Stream ESPN FC Daily on ESPN+ (U.S. only)
– What does the future hold for Pulisic at Chelsea?
– Ogden: What teams need to do to catch Man City next season

Chelsea have failed to win the league title since the 2016-17 campaign and have finished 30, 26 and 33 points behind the Premier League champions, with the club 19 points behind City so far this term.

These figures were put forward to Tuchel and when asked if it was realistic to think the team could overcome the deficit next season, he replied: “If you read these numbers out loud, it seems not [realistic] but we should also not limit ourselves, we should at least try and not prepare for excuses.

“It’s a small line between arguments that I can see and realistic arguments that are simply there. The amount of points shows how big the gap was and still is.

“Sometimes, it’s good to look at the reality and have the ambition to close [the gap] as fast as possible. The point is, will we close the gap to Man City this season? No we will not, this is impossible.

“But from next season, all of us start with zero points and City were in trouble this season and nobody took advantage of it. It’s proven in sports that you can improve fast and grow with a certain momentum if you catch that momentum.

“We absolutely want to make it possible. It’s a small line between looking at reality and admitting reality, admitting that it’s a long way to go and still not allowing it to become an excuse.

“Now, we are challenging for the top four which was a big, big task when we stepped in and from next year, we will challenge for all titles and all competitions for sure.”

Chelsea remain unbeaten in nine matches in all competitions ahead of their league clash at Liverpool on Thursday.

Tuchel has helped Chelsea challenge for a top-four place since he replaced Frank Lampard in January on an 18-month contract, but believes he needs to prove he deserves time to build title-winning teams in the same way Guardiola and Jurgen Klopp achieved in recent years.

When asked whether it was more difficult to achieve a bond with the players on a short-term deal, the German said: “We’ve already become a union and that we can do it together. I speak as a solid part of this development right now and of this club. I have to earn it — that I can have the same time as Jurgen and Pep.

“This was no gift to them. I think everybody in the clubs saw what they are doing and the impact they can have for their teams and this is what I have to prove. This is my target.

“It is my job, every day and every week, to make my impact here and to show that I deserve the same amount of time to build teams. I have to earn it but I honestly don’t have the feeling right now that it’s an obstacle that holds me back from building.”