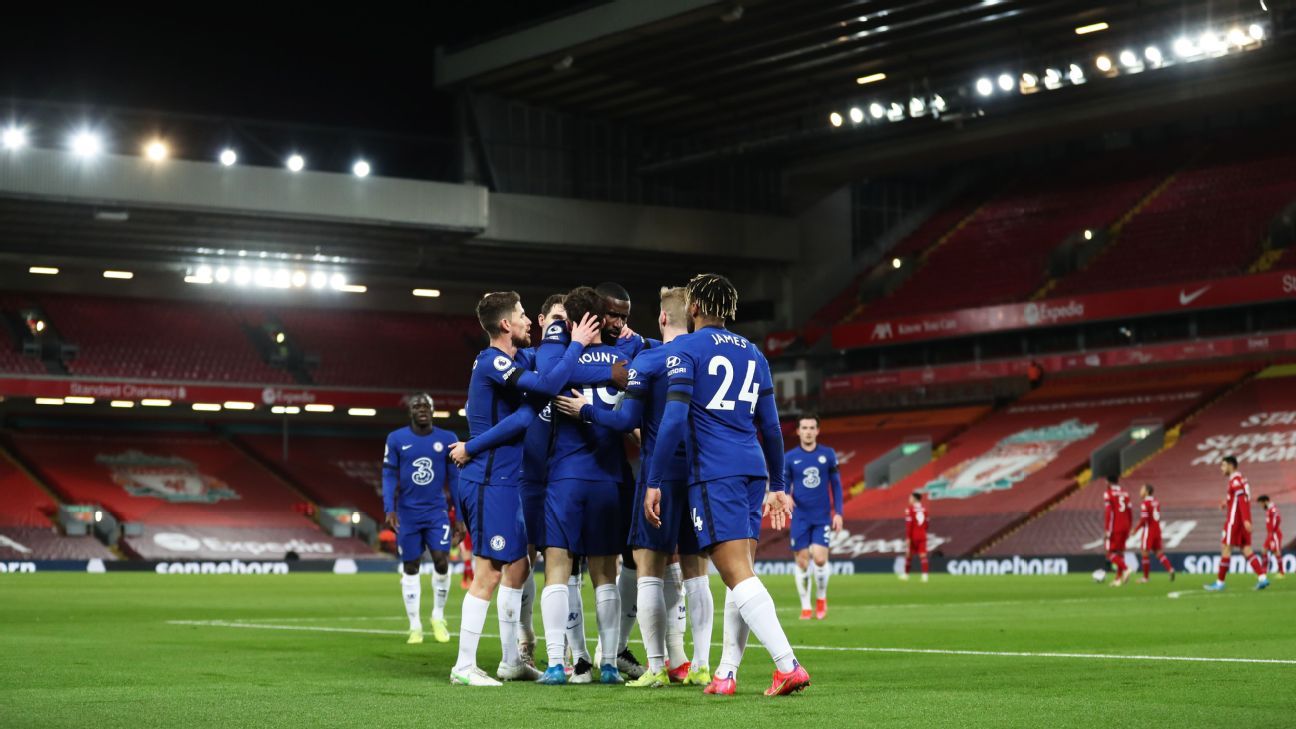 LIVERPOOL, England — There is no good news right now for Liverpool. The reigning Premier League champions are falling apart at the seams and Chelsea‘s history-making victory at Anfield was only one element of the misery that is now threatening to consume Jurgen Klopp’s team.

The image of Mohamed Salah shaking his head at being substituted on 62 minutes before petulantly grabbing his coat on the bench perhaps mirrored the feelings of the Liverpool supporters watching at home, but the last thing Klopp needs right now is his star forward venting his frustration in front of the cameras.

“When the boys look disappointed, that’s not a problem,” Klopp said, when asked about Salah’s reaction. “I could have changed other players, but he looked in that moment like he felt the intensity and I didn’t want to risk him. I make the decisions that I think are right in the moment.”

The Salah episode, which prompted a cryptic tweet by his advisor, Ramy Abbas Issa, was only part of the story of another bad night for Liverpool. Never before had the 19-time champions suffered five successive defeats at Anfield, but Mason Mount‘s stunning first-half goal was enough to give Chelsea the satisfaction of writing that unwanted new milestone in the club’s record books.

Chelsea’s victory also extended Thomas Tuchel’s unbeaten run since taking charge as manager in January to 10 games in all competitions. When the German arrived at Stamford Bridge, his new team were five points behind Liverpool and seemingly out of contention for Champions League qualification, but now they are four points clear of Klopp’s side and in the top four, with Liverpool spiralling further and further out of the picture.

Chelsea were vibrant, confident and dominant at Anfield, and they deserved their win against a Liverpool side that looked drained of energy and belief. Their title defence, albeit hampered by a series of injuries to key players, has become an embarrassment and, for historical context, they are now performing even worse than David Moyes’s Manchester United in 2013-14. Moyes, who inherited the champions from Sir Alex Ferguson at Old Trafford, guided United to 45 points from 27 games before being sacked less than 10 months after he was appointed. Klopp’s team have collected just 43 points from the same number of fixtures.

Unlike Moyes, Klopp is in no danger of the sack at Liverpool. His successes at Anfield will insulate the former Borussia Dortmund coach from a similar fate and he will be given the chance to start again next season once his injured players return to fitness. But if anyone needed evidence of the impact that a new manager can make, they only need look at the transformation that Tuchel has overseen since replacing Frank Lampard at Chelsea seven weeks ago.

During Lampard’s final games in charge, Chelsea were a team without a plan as they drifted further and further away from the top four. But Tuchel has wasted no time in giving them the structure and purpose that they lacked under his predecessor. With Tuchel in the dugout, Chelsea look hungry again.

“We played with courage, had excellent moments with the ball, had moments we needed to suffer,” Tuchel said. “We never lost the attitude and desire.

“It is a six-point game because the others lose. The race is on, there are still 11 games to go. We go step by step. We can never rest and never celebrate, there is no time.”

Chelsea controlled the game at Anfield, moving the ball around quickly and carving Liverpool open on numerous occasions with the movement and pace of Mount and Timo Werner.

Werner continues to struggle for goals and he has still scored just one Premier League goal since November, but against Liverpool, the former RB Leipzig forward showed that he will soon rediscover his scoring form. The 24-year-old was lively and industrious, sending one shot narrowly over the Liverpool crossbar before appearing to score the opener on 24 minutes after pouncing on an Alisson mistake. But Werner’s goal was ruled out for offside by VAR in one of the tightest decisions of the season. Such is his luck at the moment, but despite his latest setback, Werner has clearly grown in confidence under Tuchel.

Mount is another player who has stepped up under the new manager. His goal was a mazy run across the penalty area before shooting from 20 yards and it capped a top-class performance by the English youngster. For any Christian Pulisic fans out there wondering why the United States captain is struggling to get a start under Tuchel, the answer is being given emphatically every week by Mount.

Antonio Rudiger has become a defensive rock since Tuchel arrived. In midfield, Jorginho and N’Golo Kante — who was lucky not to concede a penalty with a second-half handball — won the battle in the centre of the pitch by moving the ball so quickly.

Klopp will have watched Chelsea take charge and recalled his team doing the same to so many opponents last season, but times have changed and his players are now doing the chasing, in games and in the league table.

Right now, Liverpool look incapable of chasing Chelsea down to claim fourth, but the Londoners are now in pole position to secure a Champions League spot. Their next game, at home to fifth-place Everton on Monday, is now one of the biggest of the season.