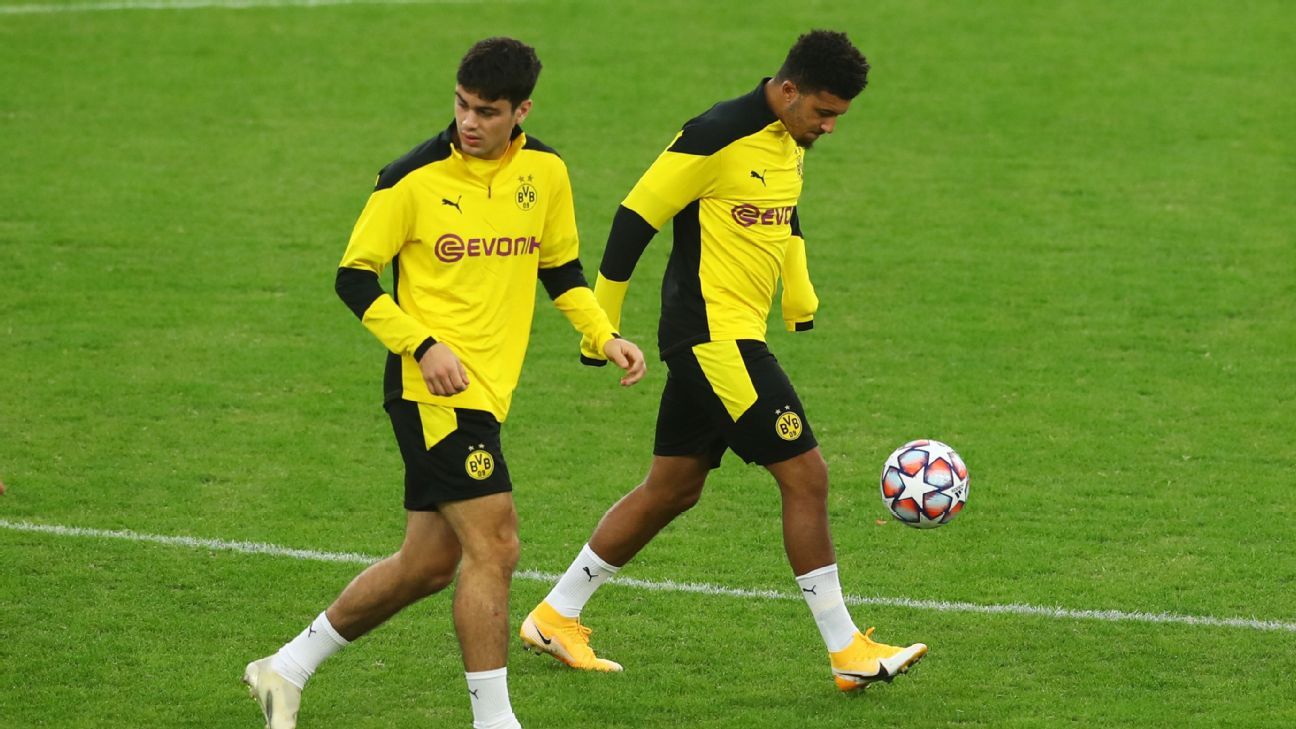 Winger Sancho and midfielder Guerreiro had been taken off with minor muscle injuries in their midweek German Cup quarterfinal win and have not fully recovered yet.

It was not clear why United States men’s national team player Reyna had not joined the squad on the trip to Munich, although sources tell ESPN “it’s nothing bad.”

Sancho’s absence is especially painful as the in-form England international has been sensational in 2021, scoring eight goals in all competitions while setting up another seven.

Sancho was also on target in their 1-0 win over Borussia Monchengladbach on Tuesday that sent them into the German Cup last four before being taken off.

Germany’s top division is on ESPN+. Can Bayern Munich stay on top, or will the likes of Borussia Dortmund and RB Leipzig take over?
ESPN+: Live games and replays (U.S. only)
Bundesliga home | Schedule | Standings

Dortmund have climbed back up to fifth place in the Bundesliga on 39 points having won their last two league games.

They are three points behind fourth-placed Eintracht Frankfurt, with the top four finishers qualifying for next season’s Champions League.

Bayern are top on 52, two ahead of RB Leipzig.

Meanwhile, Bayern manager Hansi Flick confirmed that defender Benjamin Pavard will not be fit in time for the match.

France’s World Cup winner was the latest Bayern player to test positive for the coronavirus and went into quarantine on Feb. 18. He has returned to individual training this week but has not yet trained with the team.

Flick warned that Dortmund’s four-game winning run in all competitions coupled with their high quality squad made them a dangerous opponent even though they are fifth in the table.

“We are the league leaders and we want to protect our lead. We want to win the game and that is how we approach it,” Flick said.

“Dortmund are more consistent now. The last days and weeks showed it. [Coach] Edin Terzic does a very good job. The last games have been consistent, the results are there. They have gained in confidence and you can see it.”