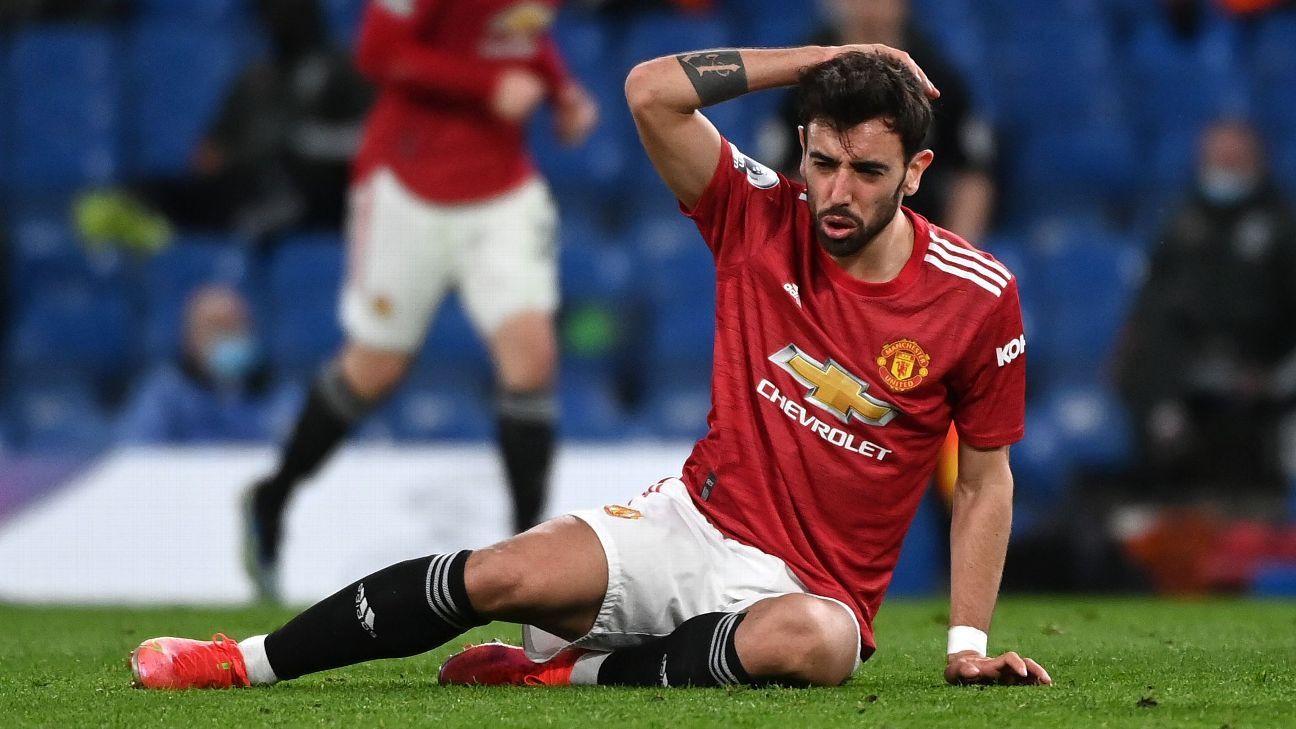 Manchester United midfielder Bruno Fernandes has dismissed criticism around his performances against the Premier League “Big Six” teams this season.

Ole Gunnar Solskjaer’s side have failed to win a league game against England’s top clubs this term with Fernandes’ only goal coming from the penalty spot in United’s 6-1 defeat to Tottenham Hotspur.

The Portugal international has the chance to improve on his record when United face runaway leaders Manchester City on Sunday but said he can handle the pressure in big games.

“I don’t know what people mean by ‘top six’, because the teams are in top six in the table,” he told Sky Sports. “I score and assist against some of them. I score this season against Tottenham. But some people say penalties don’t count!

“I see people talking about Bruno not doing so well against the ‘big six.’ People have said Bruno gives the ball away too many times when we lose a game.

“Also, in the game against [Istanbul] Basaksehir, I scored two goals and I lost more balls than their team, but people said I was the best player in the game. So, what is the point?”

Fernandes is the club’s top scorer this season with 22 goals to his name but criticised the notion that statistics are more important than performances.

“I saw an interview from Luke [Shaw] saying, ‘people now care more about stats than the performance.’ And this is the truth. Because now they’re expecting from me just goals and assists, and not performances.

“But this is football. Football is in the moment. Some people have said I’m playing bad, and that I have to do better. And I agree, because we always can do better. But for me, it’s OK. I can have that pressure on my back.”