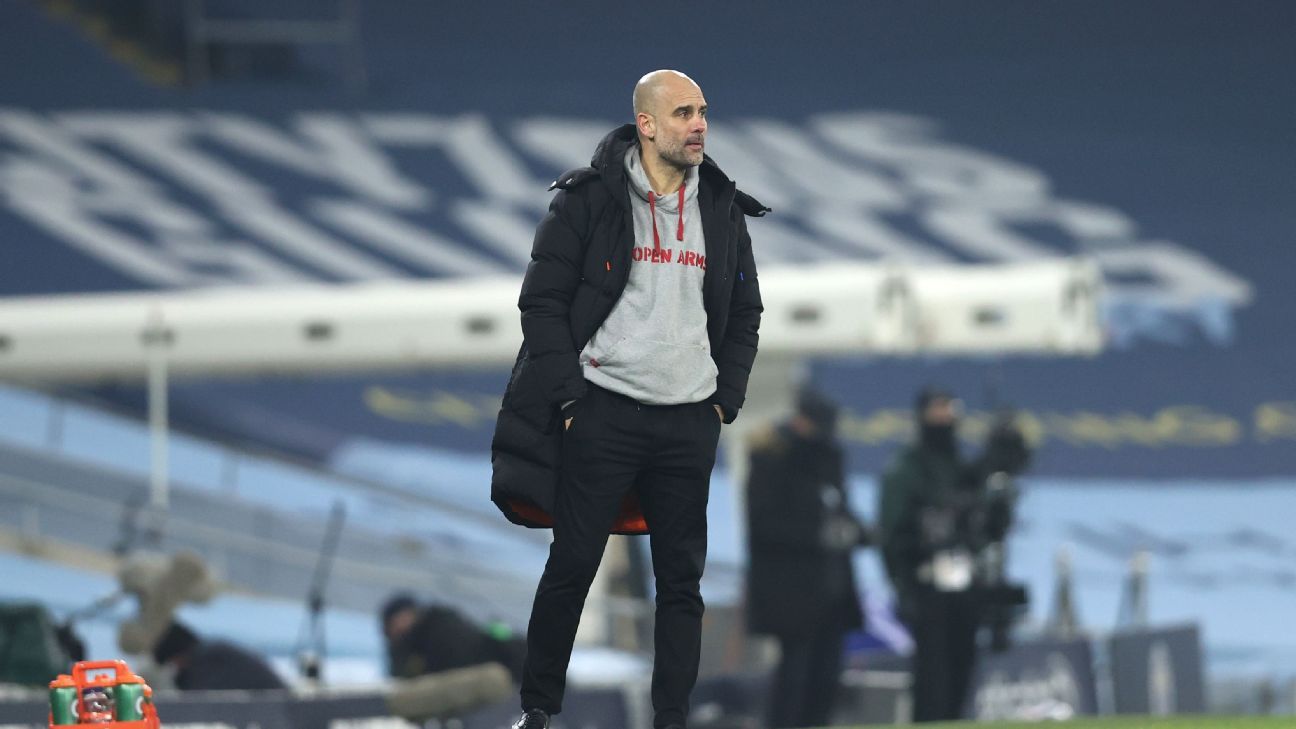 Pep Guardiola has said Manchester City players who cannot immediately rejoin training after the international break will not be allowed to join their national teams.

The next international break is scheduled for the end of March but there are fears that COVID-19 protocols could see some players forced into quarantine if they travel.

It could mean some players missing City’s trip to Leicester on April 3 — the first game back after the international fixtures — but Guardiola insists anyone who might have to isolate on their return from national team duty will stay in Manchester.

“We will wait until after this game against United and I am pretty sure that next week we’ll talk about that,” Guardiola told a news conference on Friday.

“If they can fly, play with the national team and come straight back to training, they’ll fly. We invest a lot of time and money for the important part of the season and if six seven eight players cannot play with us it makes no sense, honestly. No sense.”

City face Manchester United at the Etihad Stadium on Sunday looking to extend their lead over Ole Gunnar Solskjaer’s side to 17 points.

The two teams played out a drab 0-0 draw at Old Trafford in December but Guardiola has battled back against the suggestion his decision to pair defensive midfielders Rodri and Fernandinho in that game was a sign he was “scared” of United.

“I’ve got respect for them; sometimes it depends on the circumstances in the right moment, injuries, COVID, many reasons,” Guardiola said when asked about his cautious team selection at Old Trafford.

“Of course I respect them but scared is not the right word. I have respect but always know I can win or lose and I prepare the games to beat the opponents.

“I was impressed by the way they played at Chelsea, the intensity and high pressing, how brave they were. We accept the challenge and want to do a good game to win it.”