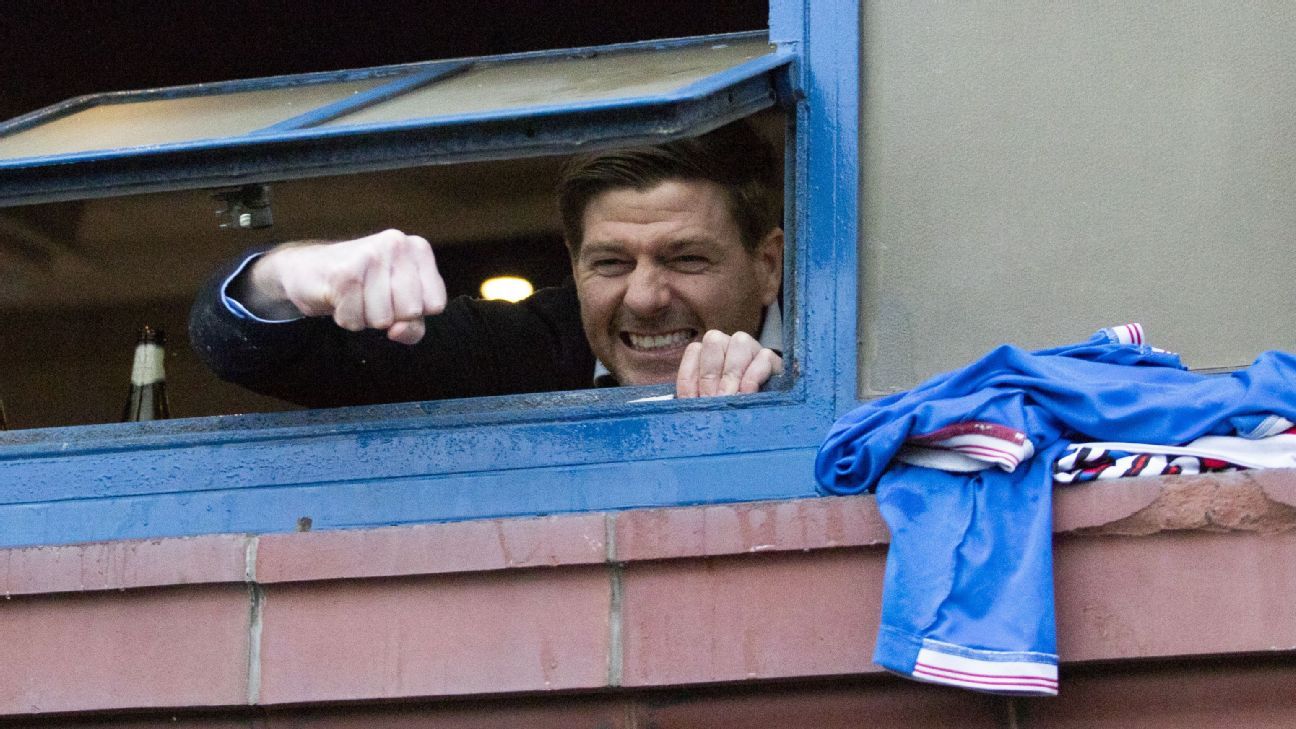 Rangers have won the Scottish Premier League for the first time in 10 years after Celtic failed to beat Dundee United on Sunday.

The draw means that Celtic are unable to become the first club in Scotland to win the league for a 10th time in a row.

Former Liverpool and England captain Steven Gerrard has steered Rangers to domestic success after he took charge at Ibrox in 2018.

The title means that Rangers have now extended their world record tally to 55, one more than Northern Ireland’s Linfield.

Rangers remain unbeaten in the league with six matches remaining this season and picked up a 3-0 victory against St. Mirren on Saturday to maintain their 100% home record.

Hundreds of fans let off flares and fireworks in the hours before kickoff while after the final whistle, Rangers players ran into the corner of the ground and greeted fans who had gathered outside the gates.

Rangers supporters assembled outside the stadium appearing to greet Gerrard and his squad who briefly poked their heads out of the windows of the changing rooms.

Although the mood of euphoria was understandable after the club’s voyage back from the depths, the behaviour of the fans was criticised by the Scottish Government.

“This club has been to hell and back over the past 10 years,” Gerrard said when asked about the fans breaking lockdown rules.

“I’ve only been part of it for three, but I can certainly relate and I’ve got that feeling and that affection with the fans and I know what they have been through.

“I can totally understand the scenes. But I think it’s important they stay safe as well and we all try and be humble and focus on what is left, because there are a lot of big games left and we want more.”

The club’s last league title came in 2011 but they spiralled into financial turmoil and were demoted to Scotland’s bottom tier in 2012 after entering administration. They returned back to the top-flight five years ago.

Rangers’ first match as champions will against Celtic in the Old Firm derby next weekend.

Information from Reuters has been included in this report.