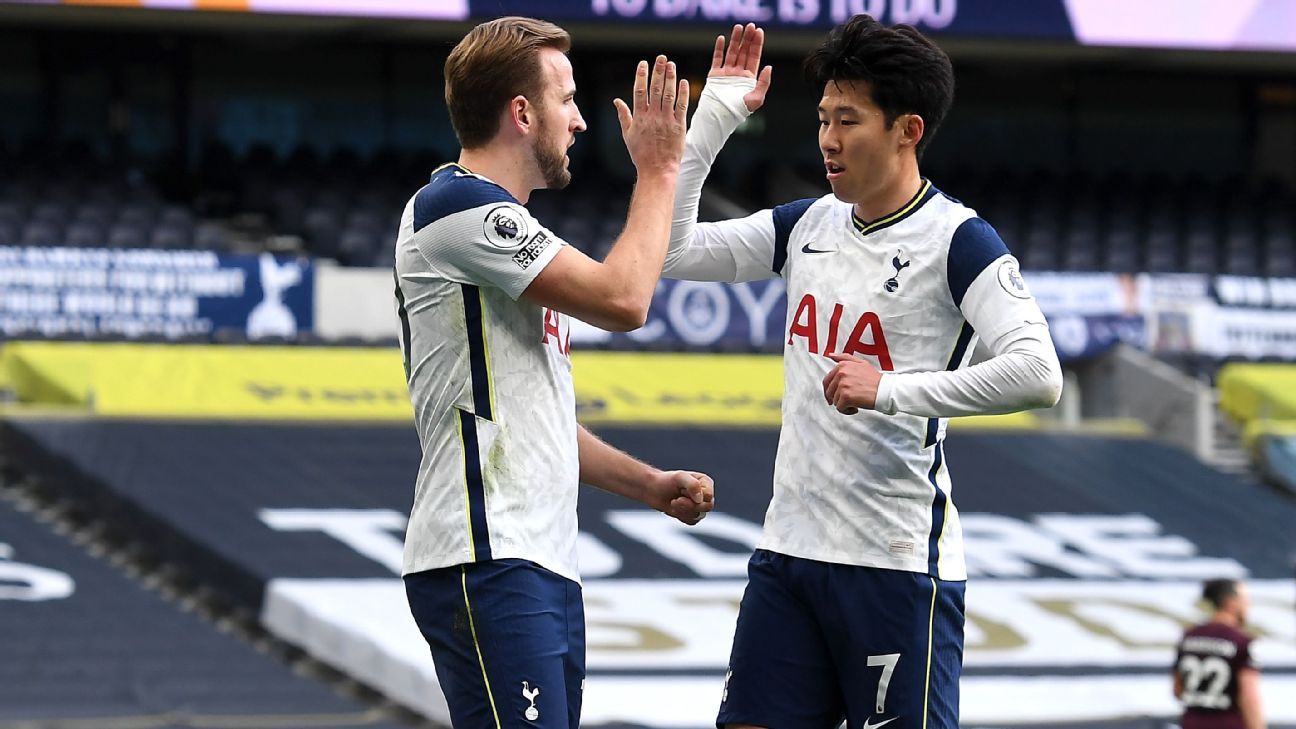 Tottenham forwards Harry Kane and Son Heung-Min have broken a 25-year record for most goal combinations in a single season in the Premier League.

Son set up Kane for Spurs fourth goal of the night and the Englishman’s second against Crystal Palace on Sunday to give the duo 14 goal combinations so far this season.

The pair have overtaken Alan Shearer and Chris Sutton, who scored 13 goals at Blackburn Rovers during the 1994-95 season.

Son and Kane only need two more goals to equal the all-time Premier League record of 36 held by Didier Drogba and Frank Lampard at Chelsea.

“The understanding [between Kane and Son] is good,” Spurs boss Jose Mourinho said in January when asked if they were the best attacking partnership in the division.

“That movement of Kane appearing on the right side and Sonny in a finishing position, it fits well with our game plan. They are doing special things this season.”

“It is incredible to score four in the Premier League,” Son said after the match. “Four amazing assists from Harry, he deserves the man of the match award.

“We have been working for five seasons together now. We know what we like and work hard on our relationship on and off the pitch. Hopefully, there are many more goals to come.”

Kane has been at Tottenham having progressed from the club’s academy, while Son joined the north Londoners in 2015 from Bayer Leverkusen.

Shearer and Sutton’s record was close to being broken at the end of the 2018-19 season by then Bournemouth forwards Callum Wilson and Ryan Fraser, who combined for 12 goals with two games remaining, but failed to match the record.