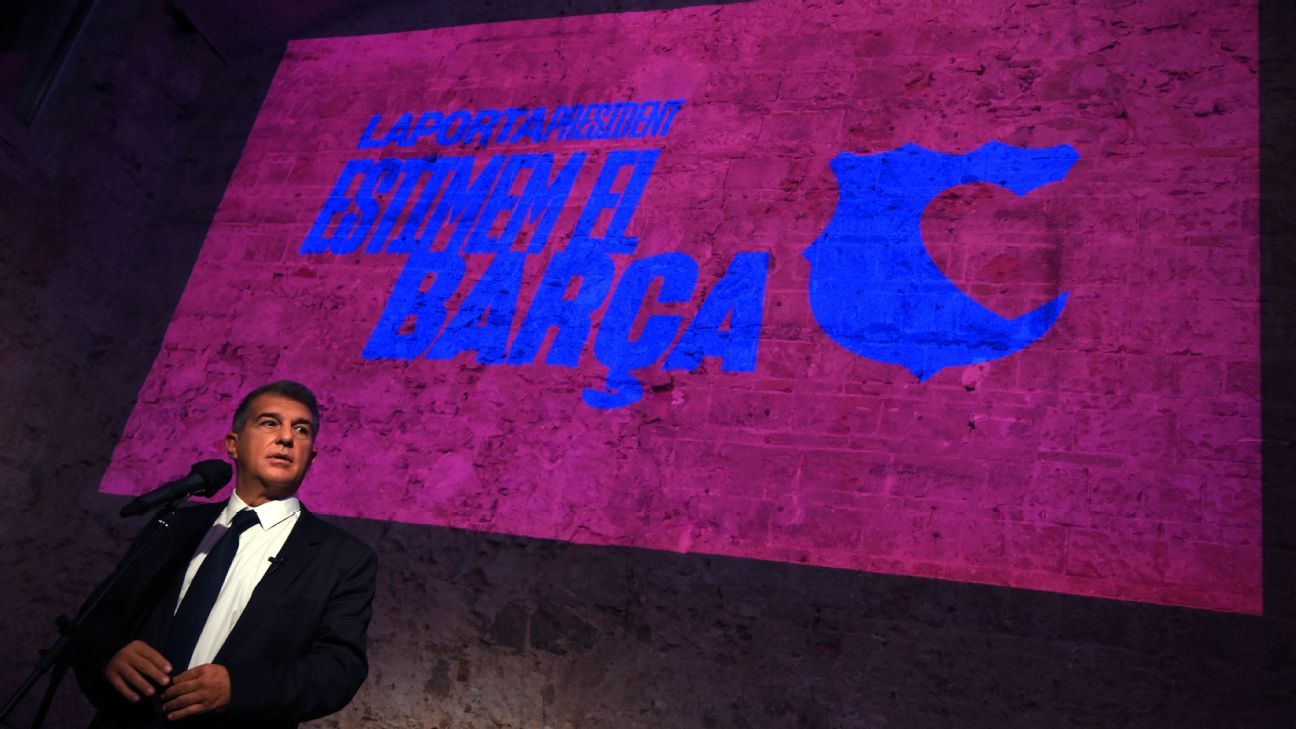 Joan Laporta in on track to be elected as the new president of Barcelona, returning to the post which he previously held between 2003 and 2010.

Barca members voted Laporta into power on Sunday ahead of rival candidates Victor Font and Toni Freixa. With 75% of the vote counted, Laporta had 19,293 votes, with Font second and Laporta third with 10,404 and 3,347 votes, respectively. That tally leaves no way back for Laporta’s two competitors, with a statement expected from the Catalan club coming Sunday night to confirm the results.

Laporta, 58, takes over at a critical moment in the club’s history. Net debt has risen to €1.2 billion during the coronavirus pandemic, with players forced to accept pay cuts, while star player Lionel Messi is out of contract in June and will walk away for free if new terms cannot be agreed.

Meanwhile, on the pitch, last season was Barca’s first trophy-less campaign since 2008 and it ended with the 8-2 defeat to Bayern Munich in the Champions League.

However, despite last month’s 4-1 loss to Paris Saint-Germain in the first leg of their last-16 Champions League tie, there have been slow signs of recovery under coach Ronald Koeman.

Barca beat Sevilla last week to reach the final of the Copa del Rey and a 16-game unbeaten run in La Liga has seen them close the gap on leaders Atletico Madrid to three points after the leaders drew 1-1 with Real on Sunday. They travel to PSG for the second leg of their European tie on Wednesday.

The Catalan club have been without a president since October, when Josep Maria Bartomeu resigned from the role. Bartomeu’s six-year mandate was due to end this year anyway, but he opted to step down early rather than face a vote of no confidence from members.

Bartomeu was one of four people connected to the club arrested last Monday for his role in the “Barcagate” social media scandal following allegations of misuse of funds and corruption. He was released on Tuesday and is awaiting a date to appear in court.

Bartomeu succeeded Sandro Rosell, who resigned in 2014 when a lawsuit alleged he had misappropriated funds in the signing of Neymar. During his mandate, Barca won three league titles, four Copas del Rey and one Champions League.

Rosell had been elected in 2010, replacing Laporta who had held the role since 2003.

In his first spell as Barca president, Laporta turned the club around, helping them win their second and third Champions Leagues — they’ve now won five in total but none since 2015 — and overseeing the appointment of Pep Guardiola as coach and the explosion of Messi as a player.

His stint in charge, when he worked closely with Johan Cruyff and alongside Manchester City duo Ferran Soriano and Txiki Begiristain, is also remembered for the signings of Ronaldinho, Deco and Samuel Eto’o. He was the president to put Unicef on the front of Barca’s shirts, too. He was unable to stand again in 2010 having served two mandates

Throughout the electoral campaign, Laporta insisted that he was the best-placed of the three candidates to keep Messi at Camp Nou and, following his election win, he will be able to open talks with the forward over a new contract. Sources have told ESPN Laporta hopes to visit the players at the training ground on Monday and plans to sit down with Messi after the PSG game on Wednesday, although he hinted on Sunday he could call Messi’s dad, Jorge, before then.

Laporta has also said that coach Koeman has his full backing and, despite the club’s perilous financial position, that his relationship with some of the game’s super agents could help him make big signings this summer.