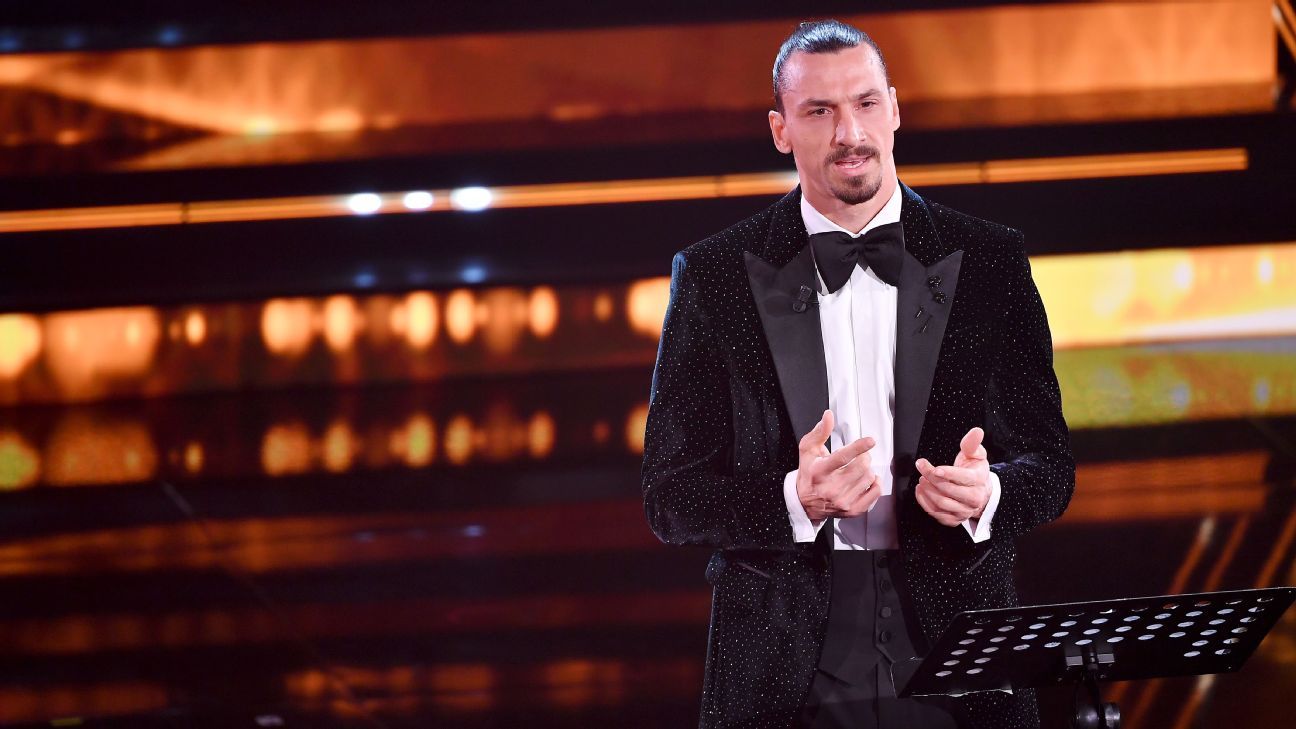 Even by his standards it has been an eventful week for Zlatan Ibrahimovic, who signed off after performing at the Sanremo music festival by declaring: “I love you Italy, my second home.”

The week got off to a difficult start for the AC Milan striker as he was forced to respond to widespread criticism over his comments that sportspeople like four-time NBA champion LeBron James should avoid getting involved in political matters.

James, one of the NBA’s leading voices against racial injustice and police brutality, responded by vowing to “never shut up about things that are wrong,” but Ibrahimovic stood by his comments.

“Racism and politics are two different things. Athletes unite the world, politics divides it,” the Swede said on Tuesday.

The 39-year-old then made the first of four appearances on stage at the five-day music festival in Liguria, before returning to Milan for treatment on an injury that has kept him out of his side’s two fixtures this week.

On returning to Sanremo on Thursday to sing an awkward duet rendition of “Io Vagabondo” on stage with Bologna’s manager Sinisa Mihajlovic, he had to hitchhike the final 60km on a motorbike after encountering traffic problems.

“After three hours in the car, I told my driver to open the door to let me out,” Ibrahimovic said. “I stopped a motorcyclist and asked him, ‘Can you take me to Sanremo?’ Luckily he was a Milan fan.

“I know, it seems incredible. I made the video because otherwise no one would have believed me.”

For his final performance on stage before joining up with his teammates to watch Milan’s match at Hellas Verona on Sunday from the stands, Ibrahimovic signed off with typical hubris.

“Everyone knew Zlatan before this festival, so why did Zlatan come here? Because he likes challenges, adrenaline,” he said on Saturday night after his final appearance.

“If you don’t challenge yourself, you cannot win. If Zlatan can make a mistake, so can you, the important thing is to make a difference every day with effort, dedication, perseverance and concentration.

“I am at this festival to tell all of you that in your own small way, you can be Zlatan. Thank you to Italy, my second home.”

Without their injured top scorer — the Swede has 14 goals in as many Serie A games this season — second-placed Milan are trying to close the gap on city rivals Inter Milan at the top.