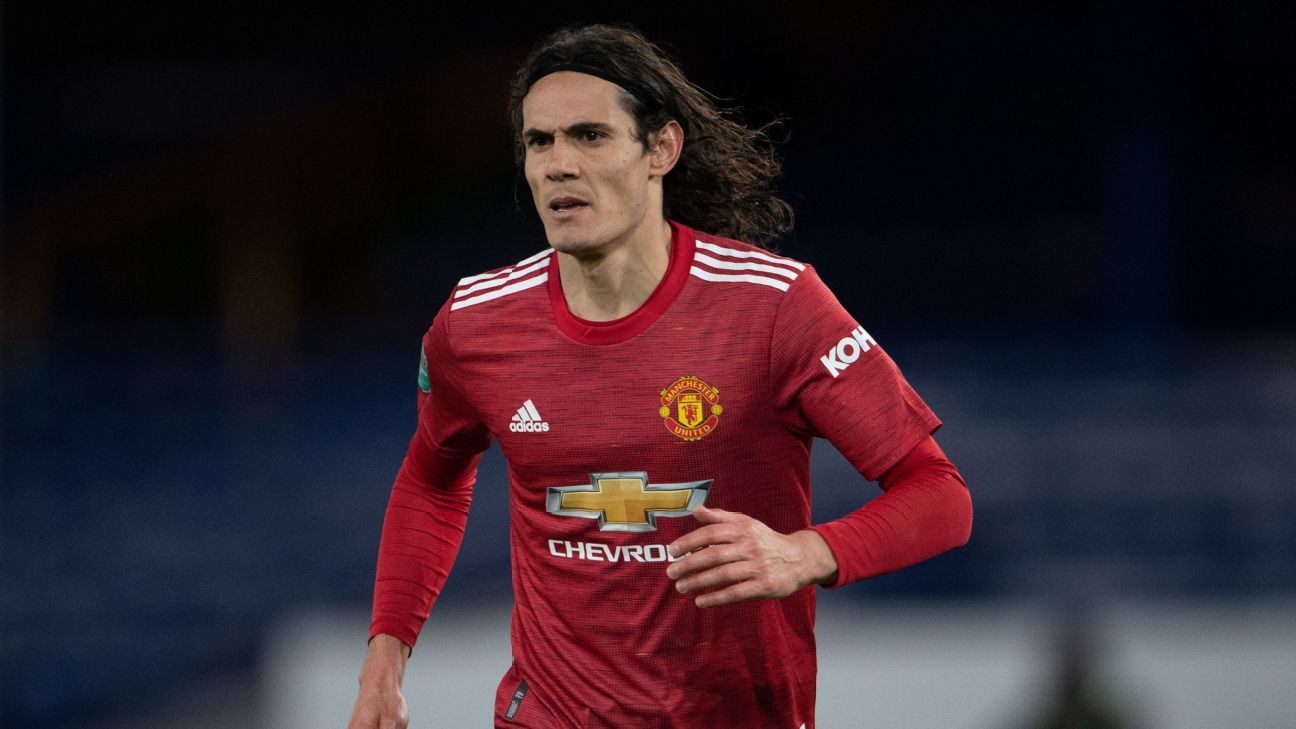 Edinson Cavani‘s father said his son is not happy at Manchester United and would like to return to South America.

Cavani has scored seven goals in 25 games since moving to Old Trafford on a free transfer in October. He signed a two-year contract, but both the 34-year-old and United have the option to cut short the deal in the summer.

Luis Cavani has thrown his son’s future into doubt amid interest from Boca Juniors and, asked whether Edinson could return to South America at the end of the season, he told Super Futbol: “I would say there’s a 60% chance.”

He added: My son is not happy in England and wants to return nearer his family. He wants to play in South America.

“I want Edinson to play for a team which fights for important trophies. He has had many conversations with [Boca vice-president Juan Roman] Riquelme and would like to play for Boca.”

Cavani’s move to United has been considered a success but in January the Uruguay international was handed a three-game ban for using a term that could be considered discriminatory in the UK in an Instagram post to a friend.

He has also struggled with injury problems since the turn of the year and missed the 2-0 win over Manchester City on Sunday.

“At the end of the season, he would like to return to South America,” Luis added. “My son’s idea is not to continue there [in Manchester].

“He wants to return to South America. “He was really unhappy about the sanction for saying ‘negrito.'”