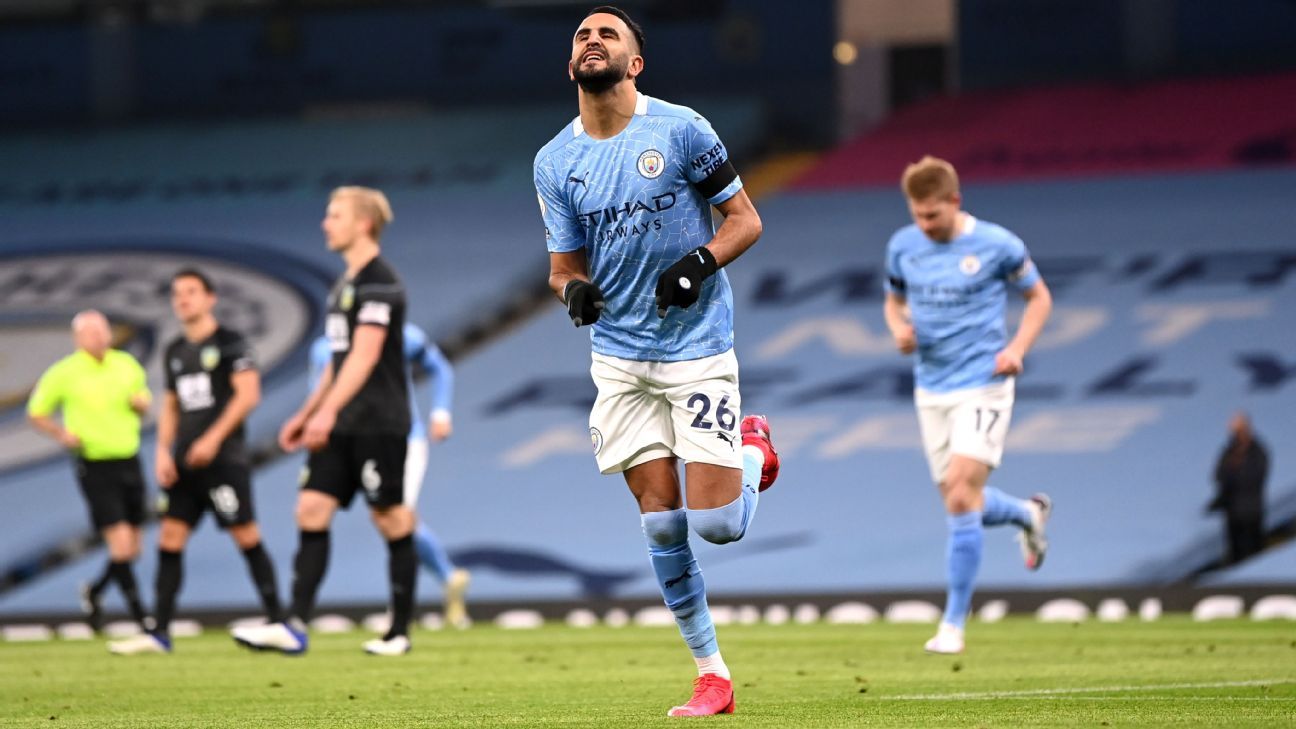 Real Madrid are showing an interest in signing Manchester City winger Riyad Mahrez, as has been reported by Foot Mercato.

The Algeria international has been impressive for Pep Guardiola’s side this term, which has captured the attention of Zinedine Zidane.

This also comes with Eden Hazard, Rodrygo, Vinicius Junior and Marco Asensio reportedly not performing to a satisfactory level for Los Blancos.

However, despite the interest from Madrid, it could prove very difficult to bring in the 30-year-old because of how influential he has become for City.

Edinson Cavani joined Manchester United in October, but it doesn’t seem as though the Uruguayan will be sticking around for very long.

That is because Ole have reported that he will be heading to Boca Juniors at the end of the current campaign.

This comes with the 34-year-old already having decided that this will be his last season in Europe, as he looks to fulfil a childhood dream by joining Boca.

His decision was helped by a conversation with club legend and current vice-president Juan Roman Riquelme. No negotiations with United will be needed as his contract comes to an end once the season is over.

Lacazette proposed to trio of giants

Arsenal striker Alexandre Lacazette is currently evaluating his options ahead of a possible move, reports Calciomercato.

The Frenchman’s agent has even offered him to Atletico Madrid, Barcelona and Juventus, states the report.

There may be some work to be done in negotiating a deal, though, as the 29-year-old doesn’t want to take a pay cut and currently earns close to €6m-per-season.

Lacazette is looking for something different and Juventus are said to like him as well, but the report adds that now is not the time for the Old Lady to make their decision over a possible move.

– Benfica have offered Diego Costa a €3m-per-year-contract to join them, as has been reported by Goal. The striker has been a free agent since he left Atleti in December and there have been links with various clubs during that time. It now seems that he will be moving to Portugal, with Benfica looking to sign him on a deal that runs for at least two years.

– Fabrizio Romano has suggested that Premier League clubs are interested in signing Napoli centre-back Kalidou Koulibaly. While the journalist doesn’t name anyone in particular, giants such as Manchester United and Liverpool have been linked with the Senegal international in the past. Anyone with interest will also receive a boost, as Bayern Munich aren’t currently working on a deal for the 29-year-old and Napoli reportedly coming to the realization they’ll need to lower their fee demands for Koulibaly.