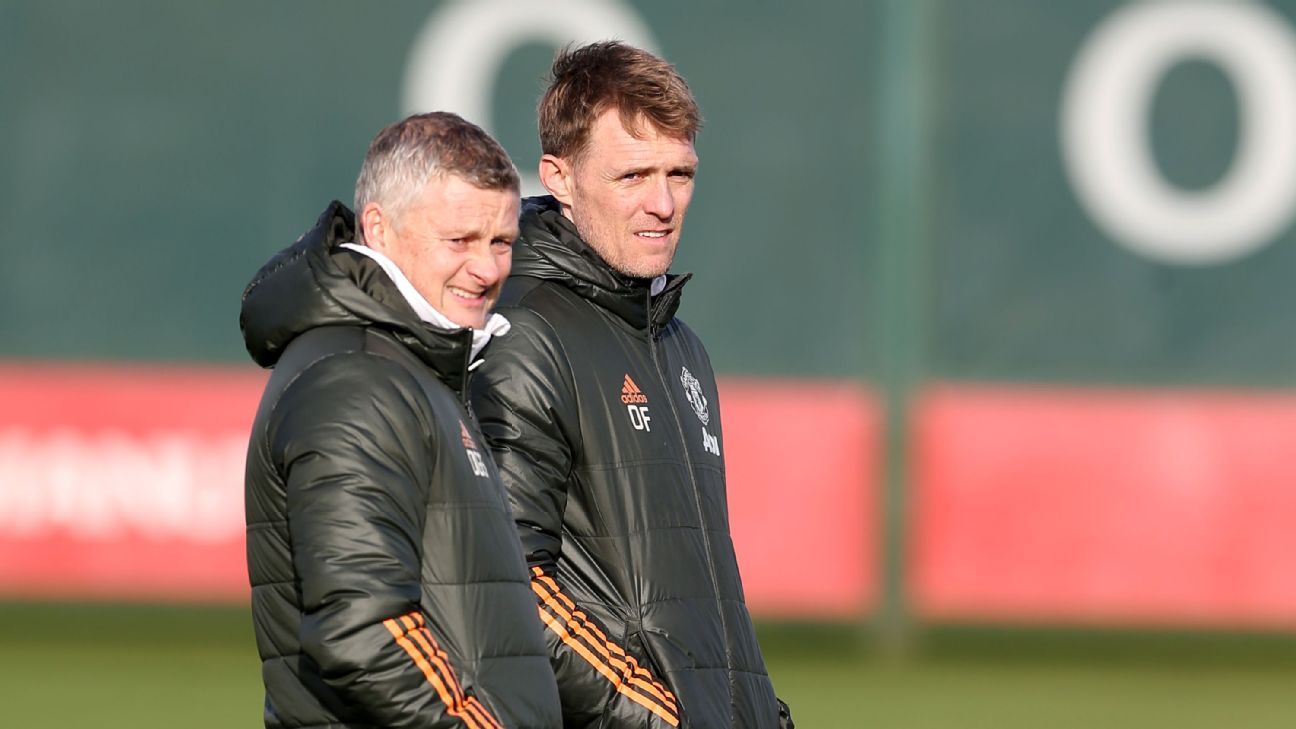 Manchester United have appointed John Murtough as the club’s first football director and Darren Fletcher as their first technical director.

Murtough has been promoted from head of football development while former Scotland international Fletcher rejoined the club in January as part of Ole Gunnar Solskjaer’s backroom staff.

– When is the Europa League quarterfinal and semifinal draw?
– Sources: Cavani undecided on Man United future
– Ogden: Who will win the race to sign Erling Haaland?
– Stream LIVE games and replays on ESPN+ (U.S. only)

According to United, Murtough, who has been at Old Trafford for seven years after being brought in by David Moyes, “will have overall leadership and responsibility for operations and strategy across all football functions.”

Fletcher, meanwhile, will “add technical input and direction into all football and performance areas and focus on a coordinated and long-term approach to player and squad development.”

“These are hugely important appointments that reinforce the progress we have been making as a club in recent years in our relentless pursuit of success,” executive vice-chairman Ed Woodward said.

“We have already made great strides forward in the way we run our football operations, and the benefits are visible in the resurgent pipeline of academy talent reaching the first team and through our improved recruitment record.

“John has been integral to our progress in these areas and his deep understanding of development ensures the club’s traditions of bringing young players through from academy to first team will continue.

“This new position is a natural evolution that harnesses his leadership qualities and his years of experience in the game.

“Darren’s stellar achievements as a player and his own journey from academy to Premier League and Champions League winner means he naturally commands respect and understands this vital part of the club’s DNA.

“In this new role, the first in our history, he will deliver technical advice across all aspects of the football department as well as contributing to the communication and delivery of our football philosophy across all areas of the club.”

Murtough, who will report to Woodward, is set to play a key role in United’s recruitment, overseeing the scouting network and team of data analysts, although the club have been clear that Solskjaer will retain his central role in buying and selling players. Matt Judge has been given a new title of director of football negotiations.

“This is such an exciting time for everyone at Manchester United with the first team, academy and women’s team all performing strongly, and plenty of development still to come,” Murtough said.

“It’s a privilege to be part of that process, and an honour to lead Manchester United’s football department, working alongside Ole, [women’s team manager] Casey [Stoney] and so many other truly outstanding staff all dedicated to delivering success to this club.”

Fletcher made 342 appearances for United after graduating from the academy, winning five Premier League titles.

After spells at West Bromwich Albion and Stoke, the 37-year-old, a former teammate of Solskjaer, has been assisting the Norwegian since January before his promotion.

“It is great to be back with the club and I am delighted to be taking on this new role,” Fletcher said.

“We are moving in the right direction and I am looking forward to continuing to work with Ole and his coaching team, and now with John as the football director, to help bring young players through and further develop the football side of the club.

“It’s fantastic to see that all the staff here are driving Manchester United forward towards a new era of success.”