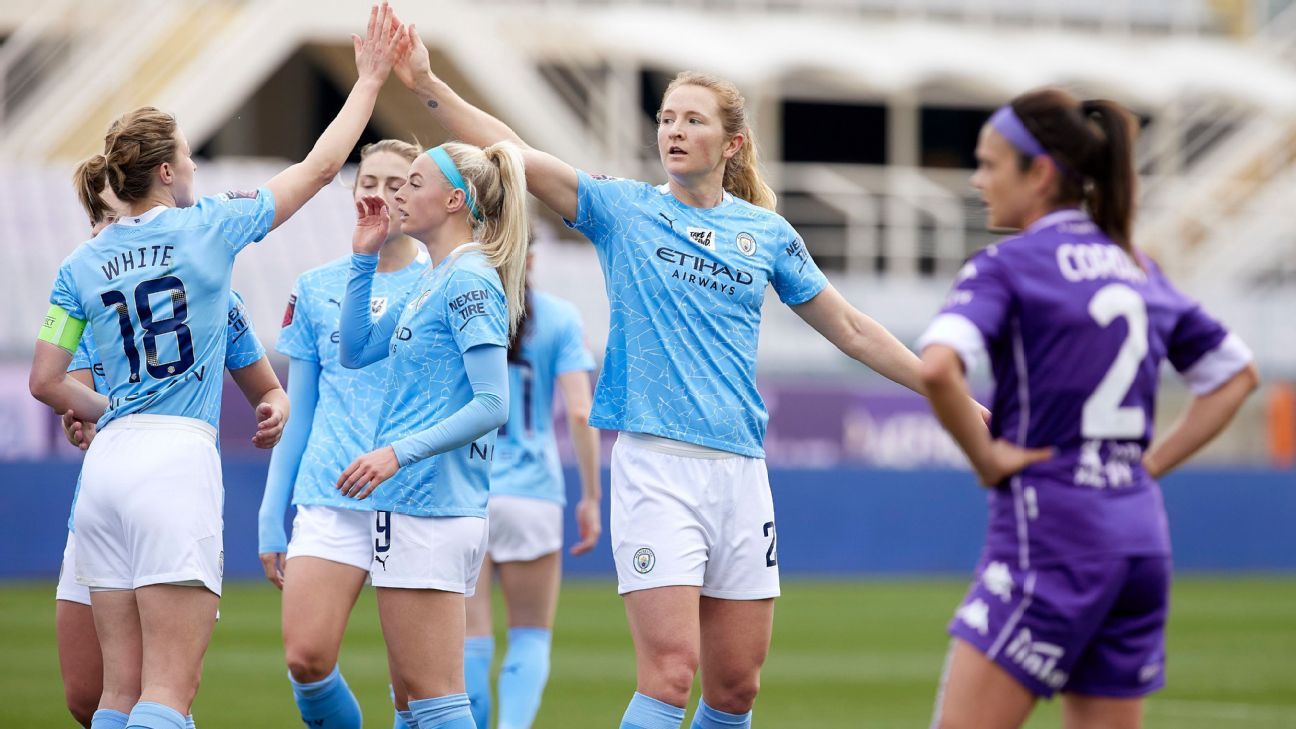 Manchester City stormed into the Champions League quarterfinals, with Thursday’s 5-0 win in Florence completing an 8-0 aggregate thrashing of Fiorentina in the round-of-16.

Leading 3-0 from the first leg thanks to goals from Lauren Hemp, Ellen White and Sam Mewis, City were once again among the goals, with White and Mewis grabbing two each and Caroline Weir also on target.

– Fran Kirby: The Chelsea star on her ultimate battle

City have made the semifinals twice, but exited in the last 32 in 2019 and the last 16 in 2020, both times against Atletico Madrid. They join Chelsea in the last eight after Emma Hayes’ side booked their place following a 1-1 second-leg draw against Atletico on Wednesday that saw them advance 3-1 on aggregate.

White got the visitors off to the perfect start on eight minutes before Weir made it 2-0 from the penalty spot. White netted her second of the game just after the half hour mark before Mewis got in on the act on 60 minutes, adding her second with a little over 10 minutes remaining.

Chelsea are two points ahead of City in the Women’s Super League and City boss Gareth Taylor said: “They are a good team and I think everyone back home should be hoping that both teams can go as far as they possibly can in the competition, that’s really healthy for English teams in this competition.

“We wish them well. I think it’s great they have got through.”

Lyon, Wolfsberg, Barcelona, Bayern Munich and Rosengard are also into the next round, with the quarterfinal draw on Friday.