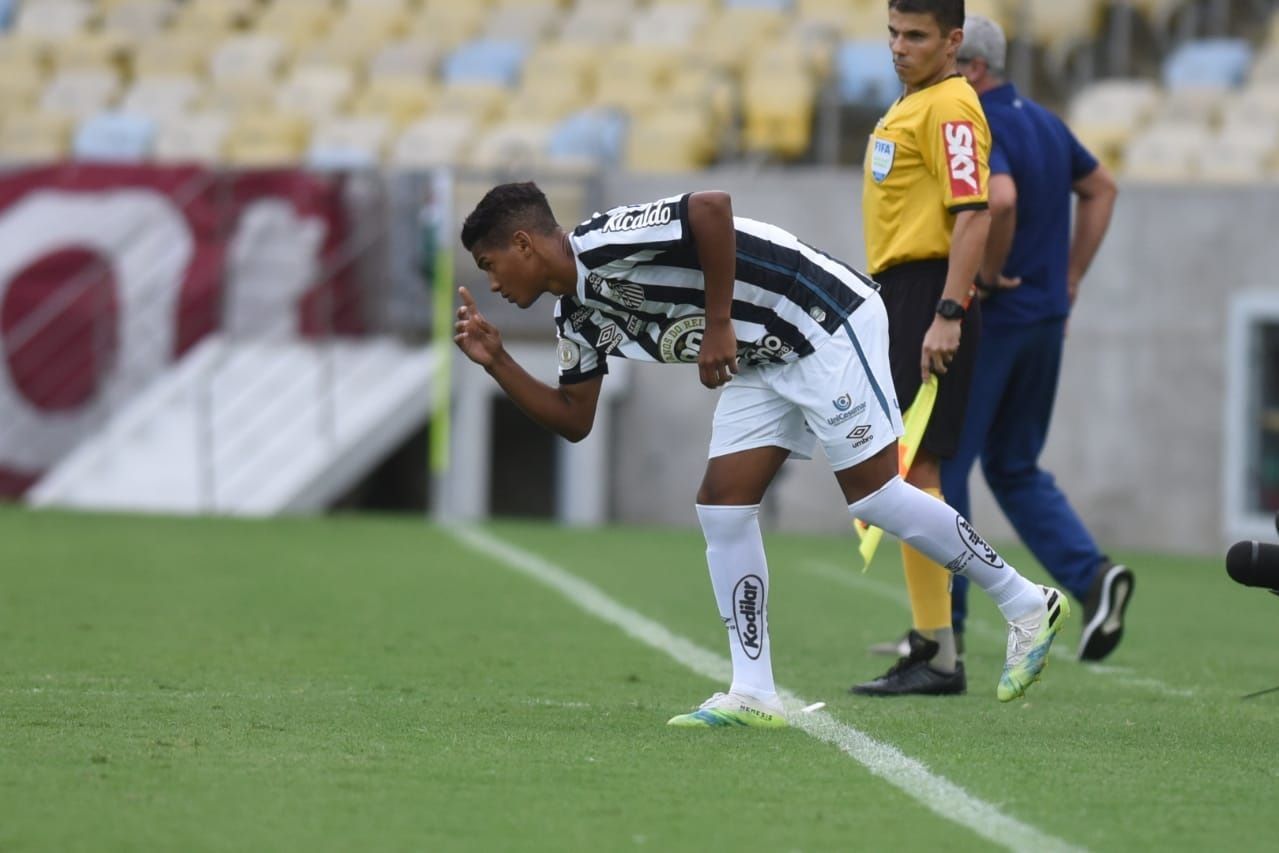 Liverpool are considering a move for Santos wonderkid Angelo Gabriel, according to Sport Witness.

The 16-year-old right-sided attacking player is the second-youngest ever player to represent the Black and Whites, and he has already made 12 appearances for the club this season, with whom he signed a new contract in December.

However, his form has alerted the Premier League champions, who have been monitoring his performances all season. The Reds are looking for some new players to refresh their stale frontline.

Liverpool aren’t alone in their interest, though, and could face competition from Real Madrid.

Gabriel has represented Brazil at under-16 level. The problem, though, is because he only recently signed a new contract at the end of last year, and is contracted until 2023, Santos will be demanding something in the region of £50 million for his transfer.

Chelsea are targeting Atletico Madrid centre-back Jose Gimenez, but he could come at a considerable cost, reports Fabrizio Romano.

According to news from the Athletic earlier in the week, the Blues are believed to have drawn up a shortlist of potential new defenders, of which Gimenez is one of them.

The centre-back has been a key player for Atletico in recent seasons, though through injury and COVID has started only 12 games this time around.

All of which makes his €120m release clause, as revealed by Romano in his Here We Go podcast, seem a little high.

Chelsea boss Thomas Tuchel is believed to be looking for a defender with plenty of presence, and Gimenez certainly adds that.

Bayern Munich duo Niklas Sule and David Alaba, and RB Leipzig‘s Ibrahima Konate are also believed to be on the list.

Georginio Wijnaldum looks likely to leave at Liverpool in the summer, and different sources suggest his next destination is one of two: Paris Saint-Germain or Internazionale.

On his Here We Go podcast, Romano explains that PSG sporting director Leonardo is looking specifically at players approaching the end of their contracts — like Wijnaldum — in an effort to avoid paying large transfer fees.

The Netherlands international is out of contract at the end of the current season and would offer PSG boss Mauricio Pochettino a player with the experience of winning the Champions League.

Inter and Wijnaldum have been discussing a move on and off for some time and, even though those talks stalled, Wijnaldum still appeals — as does the lack of a transfer fee.

– Patrick van Aanholt is considering swapping Selhurst Park for the Emirates Stadium, even if it means being back-up to Kieran Tierney, reports the Sun. The 30-year-old Dutchman is out of contract in the summer and though he could still decide to stay at Crystal Palace, it is believed he fancies a new challenge.

– Wolverhampton Wanderers are looking to sign Omar Mascarell from Schalke, according to AS. The 28-year-old has impressed for the Germans despite them propping up the Bundesliga, and Wolves feel they may be able to sign a good player at good value if Schalke are relegated.