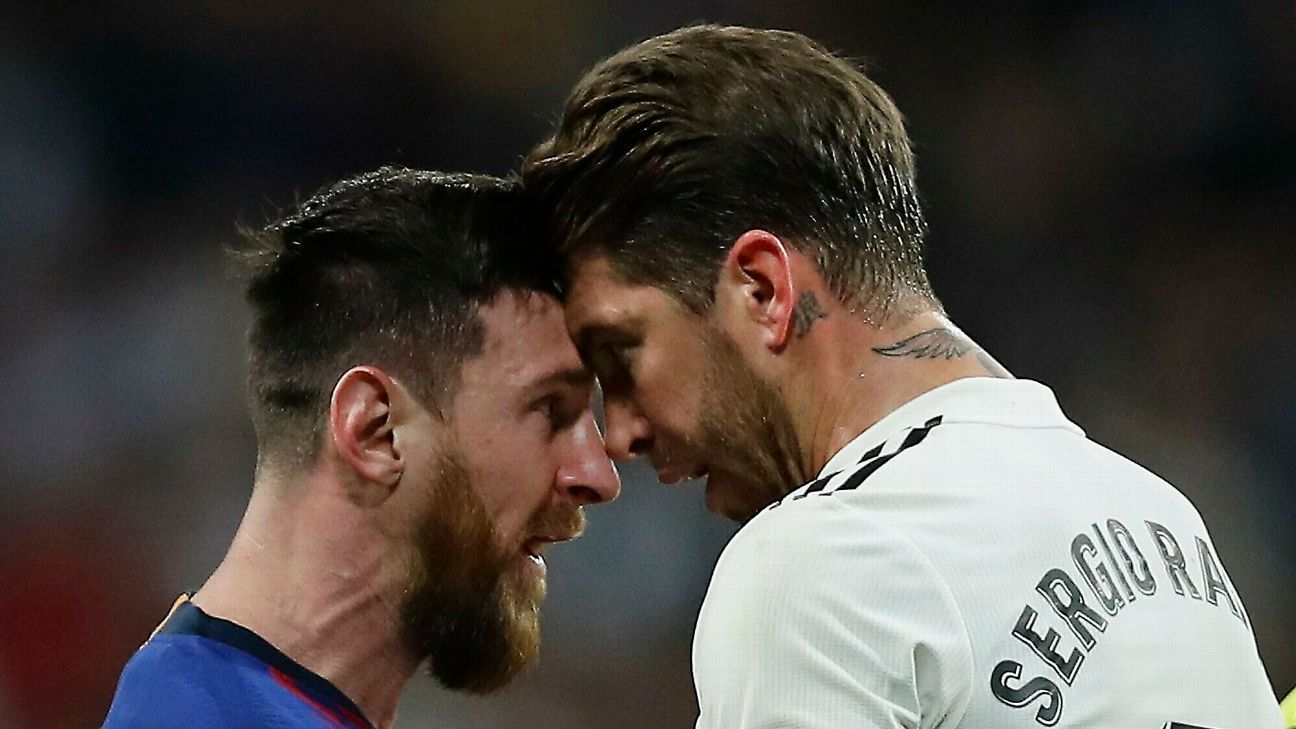 The Real defender said that should the Barcelona forward decide to leave the Camp Nou for the Bernabeu when his contract expires this year he could stay with the Ramos family while he went house hunting.

– Ramos: No news yet on future at Real Madrid
– Stream LIVE games and replays on ESPN+ (U.S. only)

“Of course, 100%!,” Ramos said on Twitch show “Charlando Tranquilamente” when asked if he would welcome Messi to Real.

“He could stay at mine for the first week or so. He can find his feet and get comfy, I’d be more than happy to do that.

“Us Madrid fans have had to endure Leo’s best years [with him at another team] so to not have to face him every week would be great and to have him with us would obviously help us to win and have more success. It would be stupid to say it wouldn’t.”

Ramos’s own contract with Real expires this summer, but he said that if he does leave Madrid he would not be tempted to join Barcelona.

“Absolutely no chance! I like [new Barca president Joan] Laporta, I’ve met him and I liked him,” Ramos said.

“But it’s the same as not seeing Xavi, [Carles] Puyol or even Messi signing for Madrid; it works the other way too and there’s those of us who would never play for Barca.