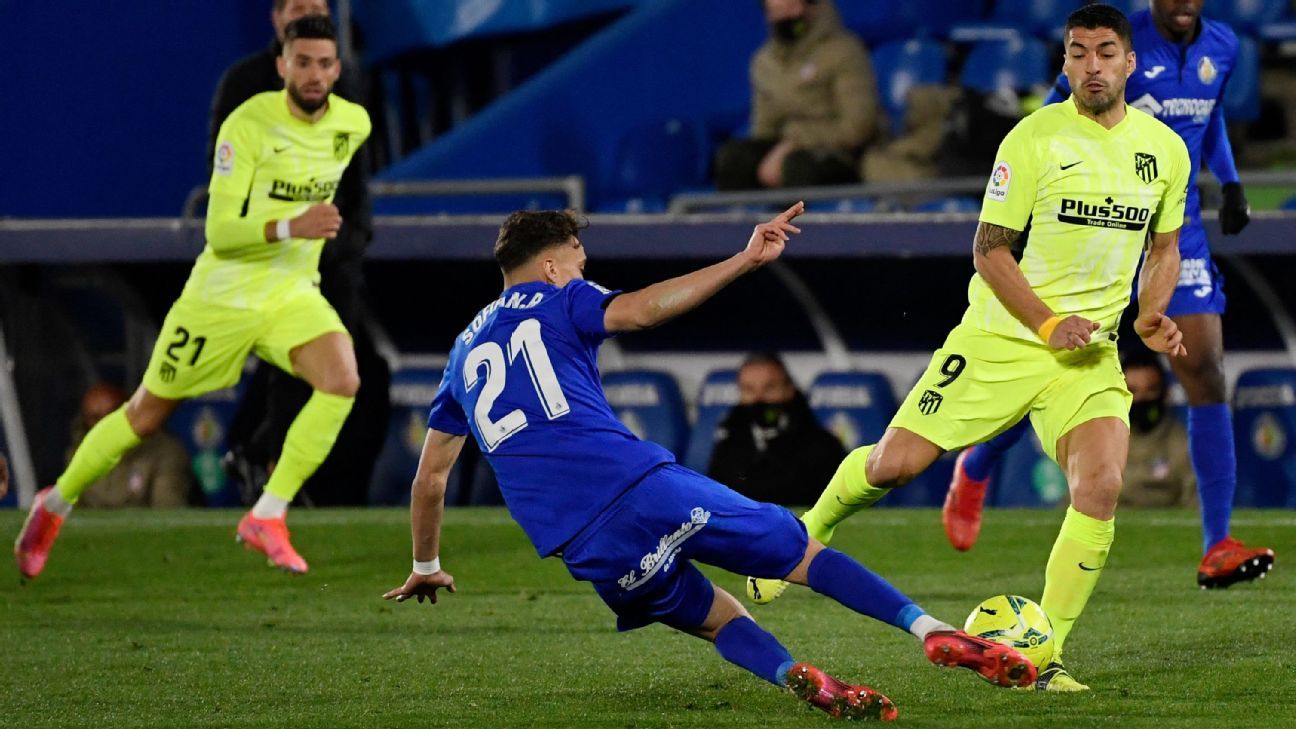 La Liga leaders Atletico Madrid drew 0-0 away to struggling Getafe on Saturday, despite playing the latter stages of the game with an extra man, offering renewed hope to title rivals Real Madrid and Barcelona.

Getafe’s Allan Nyom was shown a red card after a VAR review for a crunching tackle on Atletico’s Renan Lodi in the 70th minute but the visitors could not make their advantage count.

Atletico did manage to put the ball in the net in the second half when Joao Felix nodded in a cross from Marcos Llorente but it did not count as the ball had gone out of play, while substitute Moussa Dembele missed two good chances to score.

Diego Simeone’s side lead the standings on 63 points while Real Madrid are second on 57 and third-placed Barcelona can reduce the gap behind Atletico to four points if they beat Huesca at home on Monday.

“We did a lot of things well today but if you only draw it means you have not done enough,” said Atletico keeper Jan Oblak.

“Getafe play a tough brand of football, a little different from the rest and it’s never been easy against them.”

Getafe have now failed to score against Atletico in 19 consecutive games in all competitions since Simeone took charge in 2012 but they had several chances to take the lead, going closest when Enes Unal fired at goal from inside the box but was foiled by Oblak.

Getafe keeper David Soria was even more decisive, keeping out an early strike from Yannick Carrasco then thwarting Dembele late in the second half.

Dembele was fortunate not to concede a penalty when he appeared to foul.

Jesus bags brace as Arsenal see off Leicester
Lionel Messi left off Ballon d’Or nominees list
Glass half empty? Man Utd told Ten Hag to lower hopes for the season
Who could be the next big breakout star in Europe?
Sources: Utd’s ‘hands off’ warning on Rashford