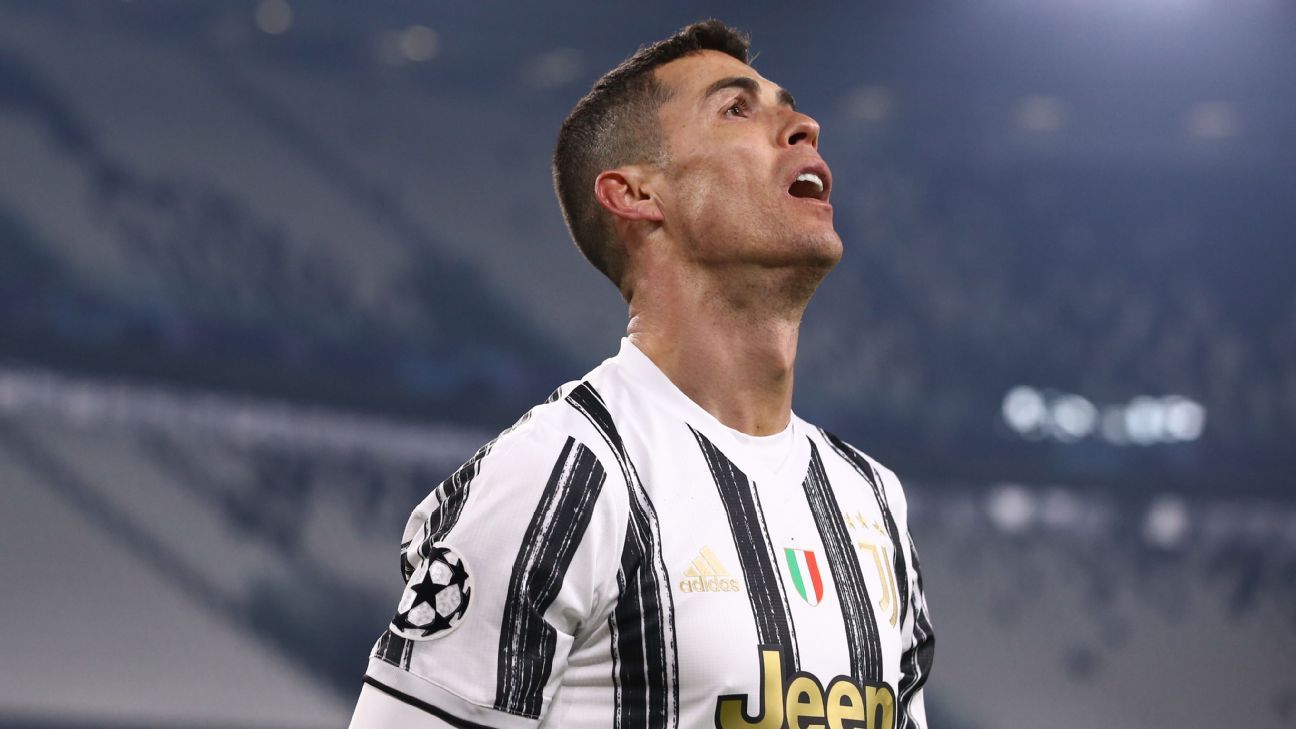 Andrea Pirlo defended Cristiano Ronaldo‘s record at Juventus following criticism after the Serie A champions’ elimination from the Champions League against Porto.

Ronaldo was at fault for Porto’s decisive strike in their away goals victory as Sergio Oliveira‘s 115th-minute free-kick squeezed through the wall after Ronaldo had turned his back and lifted his leg up. TV pundit and former Juve manager Fabio Capello described Ronaldo’s role as “the worst,” while former president Giovanni Cobolli Gigli suggested the club offload the Portugal captain at the end of the season.

The criticism led to various reports in Spain that Ronaldo was unhappy at the club and looking for a return to Real Madrid, who he had left to join Juve, but Pirlo dismissed the rumours.

“It’s normal that he’s disappointed, as is the whole squad,” Pirlo told a news conference ahead of the of the Serie A clash with Cagliari on Sunday (12 p.m. ET, live on ESPN+). “And it’s normal there be rumours after an elimination.

“He is the most talked about footballer in the world alongside [Lionel] Messi — people are always talking about him. It’s worth reminding that he has always done well.

“He has 90 goals in a 100 games for Juventus and has always shown his worth. It can happen that he doesn’t score in a certain match, as has happened with others, and this creates rumours.”

Pirlo, who as a player won the Champions League twice with AC Milan and lost a final while at Juve, has urged his squad to take motivation from this disappointment.

“The team is getting itself together because it was a big blow,” Pirlo added. “We need to look to take the best from difficult moments and I am sure we will do that immediately.

“In my [playing] career I have been in several of these situations: I won a lot but I also lost a lot and I always tried starting again with great enthusiasm despite the big disappoints. We will do the same tomorrow.”

Despite being eliminated form the Champions League, Juve are still in the hunt for a 10th successive Serie A title — they sit 10 points behind leaders Inter Milan with a game in hand — and in the final of the Coppa Italia.

“We are in March and still have 13 league matches and the Coppa Italia final,” Pirlo said. “Our season didn’t end Wednesday, it continues with the desire to show that we are Juventus: we want to fight for the title right until the final day and that depends on us.”