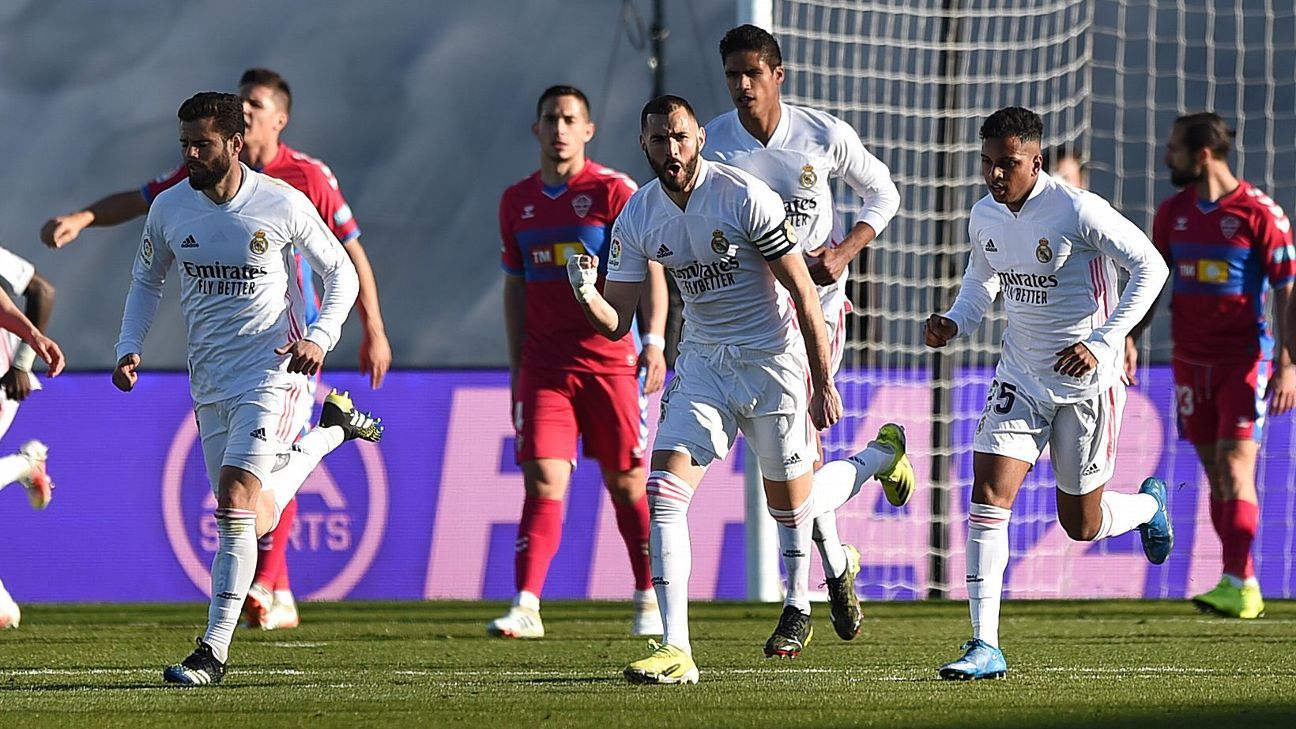 Karim Benzema scored two late goals to help Real Madrid come from a goal down to win 2-1 against Elche on Saturday.

Daniel Calvo had put Elche ahead just after the hour mark before the Frenchman scored twice in the last 20 minutes to give Madrid the win.

“I like the character of the team, but I’d like to score earlier! For the boys too, to have a calmer game,” Zinedine Zidane said after the game.

“We’re alive in two competitions and we’ll keep fighting hard and believing in ourselves. It’s very positive for us. The important thing was to get the points in the league and also ahead of Tuesday.”

Guido Carrillo nearly opened the scoring for Elche five minutes from half-time after Tete Morente dropped a ball into the box which he headed towards goal.

Sergio Ramos, securing his first start in 10 games, had a penalty appeal waved away on 55 minutes after VAR found that Ivan Marcone had been fouled and not Ramos.

Madrid were made to pay for their missed chances when Calvo put Elche ahead with a header from a corner after 61 minutes.

However, their lead didn’t last long as Benzema pulled one back for Zinedine Zidane’s side just over 10 minutes later.

Substitute Luka Modric delivered a ball into the box and Benzema headed it in.

Madrid’s winner came in the 91st minute after Benzema received the ball through a one-two with Casemiro before hitting a shot past Edgar Badia.

“It wasn’t an easy game for us. Elche are well-organised at the back. Teams come here and sit back and it’s difficult for us,” Benzema said after the game.

“Each time we’re on the pitch, we know in our heads that it’s the league at stake, that we have to give more to get to the top

“[The second goal] was a nice goal which was worth three points, so I’m happier than ever.”