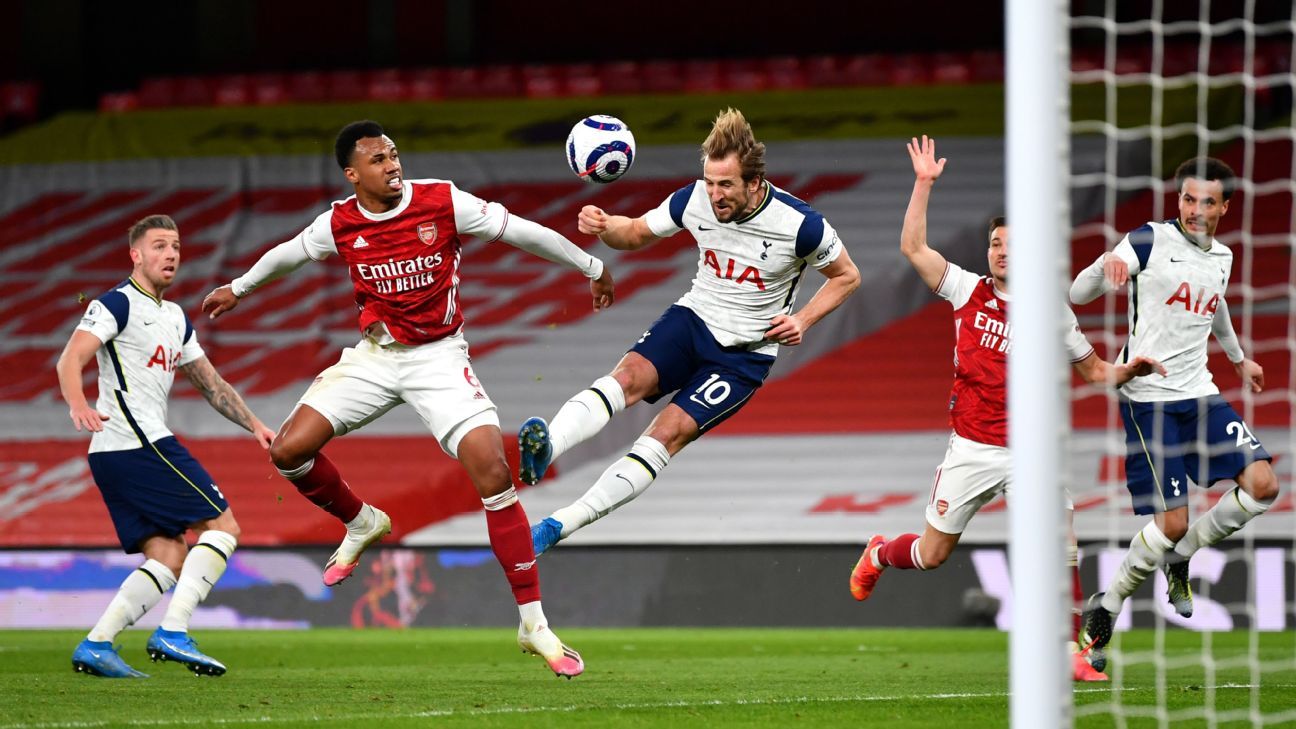 The hosts went behind against the run of play in the 33rd minute when Erik Lamela glided home a beautiful rabona into the bottom corner. But the Gunners responded well and deservedly equalised just before half-time when Martin Odegaard’s effort deflected in off Toby Alderweireld, before Alexandre Lacazette won and converted a penalty early in the second half to seal three precious points.

Lamela wasn’t done there, though, and was sent off for two quick-fire bookings to make it a miserable day for Jose Mourinho’s side.

Arsenal were quick and full of purpose in a frantic opening 20 minutes for Mikel Arteta’s side, and if it wasn’t for a stroke of genius from Lamela, the hosts would’ve been a shoo-in to go into half-time with the lead. Anything apart from three points would’ve been harsh on a dominant Gunners side that played with bundles of intensity and drive.

We’re perhaps being harsh, but it’s imperative to score when you’re on top and the Gunners failed to do that in their opening flurry, with their bitter rivals being the ones to go ahead at the end of a busy opening period that was largely one-way traffic.

8 — It was a brave call from Arteta to leave out Pierre-Emerick Aubameyang from his starting line-up for a breach of matchday protocol, but a high-energy setup saw his side control the game and show signs that the Spaniard’s vision could be beginning to take shape.

DF Cedric Soares, 6 — The right-back spent plenty of time in the opposition half and came desperately close to restoring parity in the first half when his clean strike from the edge of the box thundered off Hugo Lloris’ left-hand post.

DF David Luiz, 7 — Didn’t have much defending to do at all and proved a useful option with the ball at his feet in the final third with a couple of decent crosses into the box.

DF Gabriel, 8 — Harry Kane has been such a thorn in Arsenal’s side over the years, but the Brazilian was excellent in keeping the Spurs frontman largely quiet. He was then the hero in the last minute when he blocked a goal-bound effort on the goal line.

DF Kieran Tierney, 8 — The former Celtic man is always a threat on the Arsenal left and that was the case once again as he made light work of Spurs full-back Matt Doherty before launching a cross into the area that resulted in his side’s equalizer.

MF Thomas Partey, 7 — The Arsenal midfield dominated huge portions of the game and a lot of that was down to Partey, although the Ghanaian will be having nightmares about Lamela’s strike squirming through his legs and into the back of the net.

MF Granit Xhaka, 7 — The midfielder is often criticised for a lack of incision in the final third, but he was always available for the ball and made some decent probing passes for onrushing forwards into the penalty area. The only blot on the Swissman’s copybook was an 82nd minute yellow card for stopping Lucas Moura in his tracks.

MF Bukayo Saka, 6 — The Arsenal No. 7 was clearly identified by Spurs as a chief threat and it showed, as the visiting defence dished out some physical challenges on the winger and prevented him from really getting into the game. Because of that, it was no surprise that he was brought off at the break and replaced by Nicolas Pepe.

MF Martin Odegaard, 7 — It was a quiet first half for the Norwegian, but he plugged away and was rewarded in the closing stages of the opening 45 when his scuffed, deflected effort deflected home to make the score 1-1. He was quiet in the second half, but he played his part in a crucial win.

MF Emile Smith Rowe, 7 — Almost broke the deadlock in the 16th minute with a stunning effort from range that crashed off the crossbar. Aside from that, the youngster looked a threat and gave the likes of Doherty a tough time at the back for Spurs. We didn’t see much of him in the second half, however, and he was replaced by Willian in the 78th minute.

FW Alexandre Lacazette, 7 — The Frenchman should’ve done much better midway through the first half when he sliced an effort wide from eight yards out, but he made amends in rather fortunate circumstances when he was taken out by Davinson Sanchez while slicing a second-half shot, before picking himself up to coolly slot home a penalty to put the hosts ahead. Replaced by Mohamed Elneny in the closing stages.

FW Nicolas Pepe, 7 — A brilliant pass released Lacazette in the box in the build-up to the penalty that gave Arsenal the lead. He didn’t have many moments, but he made that one count.

FW Willian, N/R — Didn’t offer a huge deal when he came on, but Arsenal fans won’t care one jot as they reclaimed the all-important bragging rights.

MF Mohamed Elneny, N/R — Came on to see the game out and he did just that.