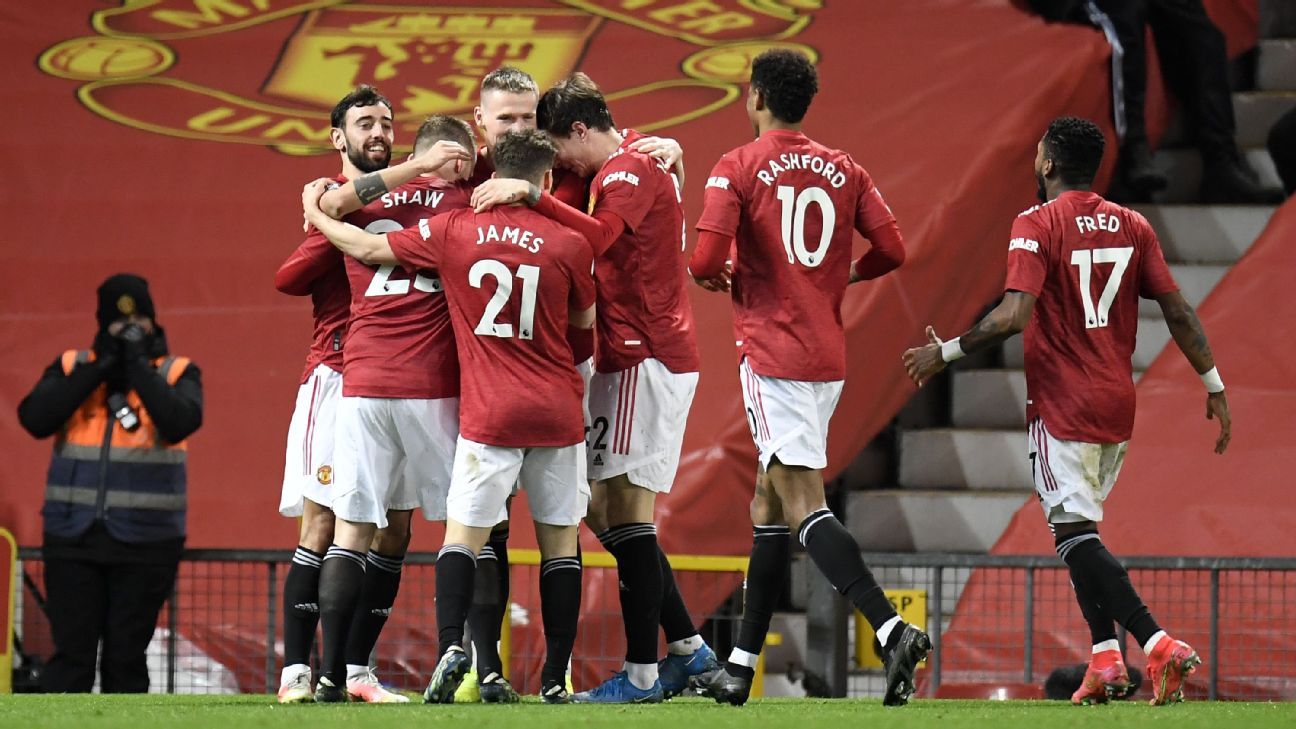 Manchester United leapfrogged Leicester for second place in the Premier League with a 1-0 win against West Ham United on Sunday.

The result gives Ole Gunnar Solskjaer’s men 57 points from 29 matches, one point ahead of the Foxes who defeated Sheffield United 5-0 earlier in the day, but 14 behind leaders Manchester City.

An own goal by West Ham defender Craig Dawson in the 54th minute was all United needed to claim victory at Old Trafford.

The goal came from a Bruno Fernandes corner kick on the left. Scott McTominay attacked the in-swinging cross aggressively but missed and saw the ball deflect off an unknowing Dawson and into the West Ham net.

It marked the first such goal West Ham have conceded this season, leaving Liverpool, Aston Villa, and Crystal Palace as the only Premier League teams to not concede and own goal.

Next up, United will play the second leg of their Europa League round-of-16 tie with AC Milan on Thursday before visiting Leicester in the FA Cup quarterfinals on Sunday.

West Ham, who remain in fifth place — three points off Chelsea in fourth — will next host Arsenal in the Premier League on Sunday.

England, Brazil to meet in inaugural Finalissima
Mbappe to miss PSG season opener due to injury
Who will lead USWNT defense at the World Cup? Does Vlatko know?
The impact of Messi’s Barcelona exit, one year later
German chancellor to argue for equal pay