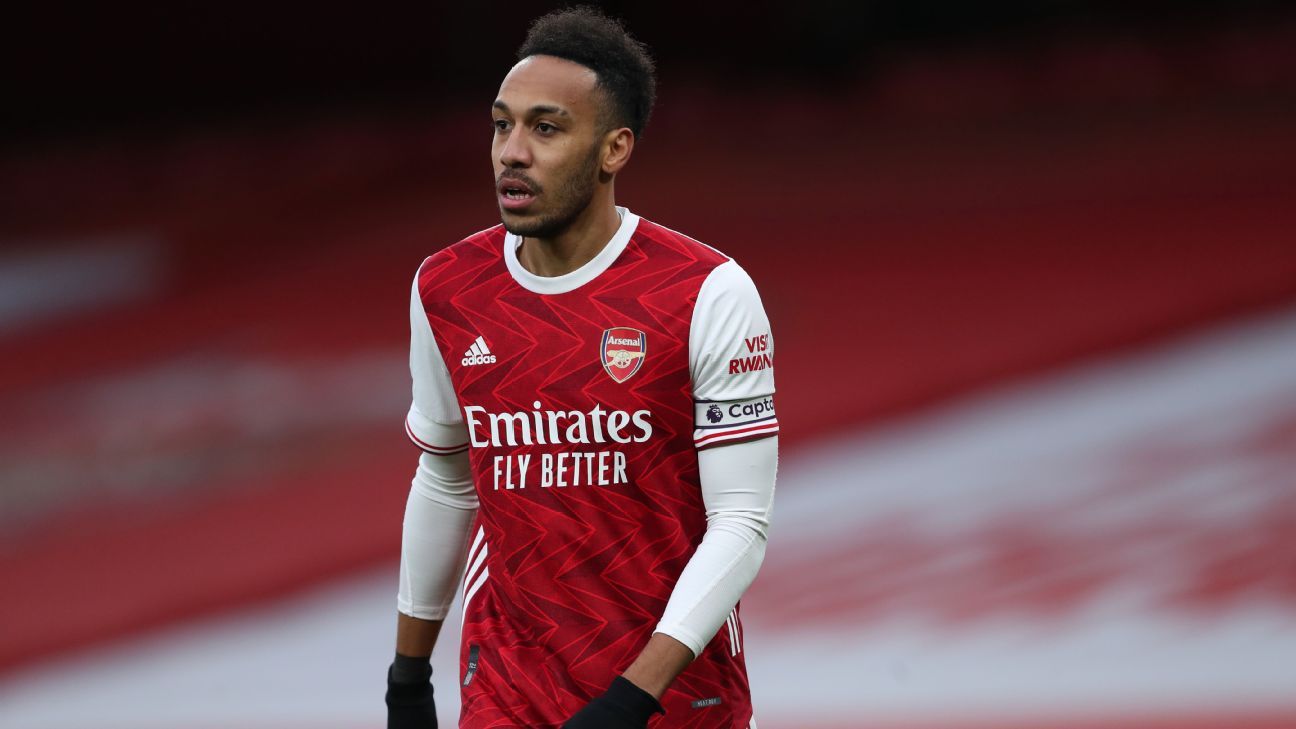 A club spokesman said Aubameyang had committed a “breach of prematch protocol.” Sources told ESPN the forward had reported late to the training ground this morning for the game.

The club refused to elaborate on the situation when contacted by ESPN for further comment but Arteta said Aubemeyang was due to play before a late unspecified breach.

“He was going to start the game, we had a disciplinary issue, we’ve drawn the line, we move on,” he told Sky Sports. “We keep it internal. We have a process that we have to respect for every game and that’s it.”

Asked whether he debated axing the 31-year-old from the squad altogether, Arteta added: “It is a decision made after evaluating everything, and who Auba is and what’s he done and that’s it.”

Aubameyang was the subject of an internal investigation over a possible COVID-19 breach in February when footage emerged of the striker getting a tattoo.

The club confirmed to ESPN at the time that talks were planned with Aubameyang to “establish the facts” but it is unclear if this latest incident is related. Aubameyang has started six of Arsenal’s seven games since the tattoo footage emerged.

Alexandre Lacazette was drafted into the starting line-up against Spurs and given the captain’s armband for the match in which Arsenal are aiming to close a seven-point gap to their rivals.

Pep: Man City to sign Gomez from Anderlecht
Who could be the next big breakout star in Europe?
Ten Hag: Ronaldo didn’t tell me he wants out
Man United suffer 4-0 thrashing at Brentford
Lionel Messi left off Ballon d’Or nominees list