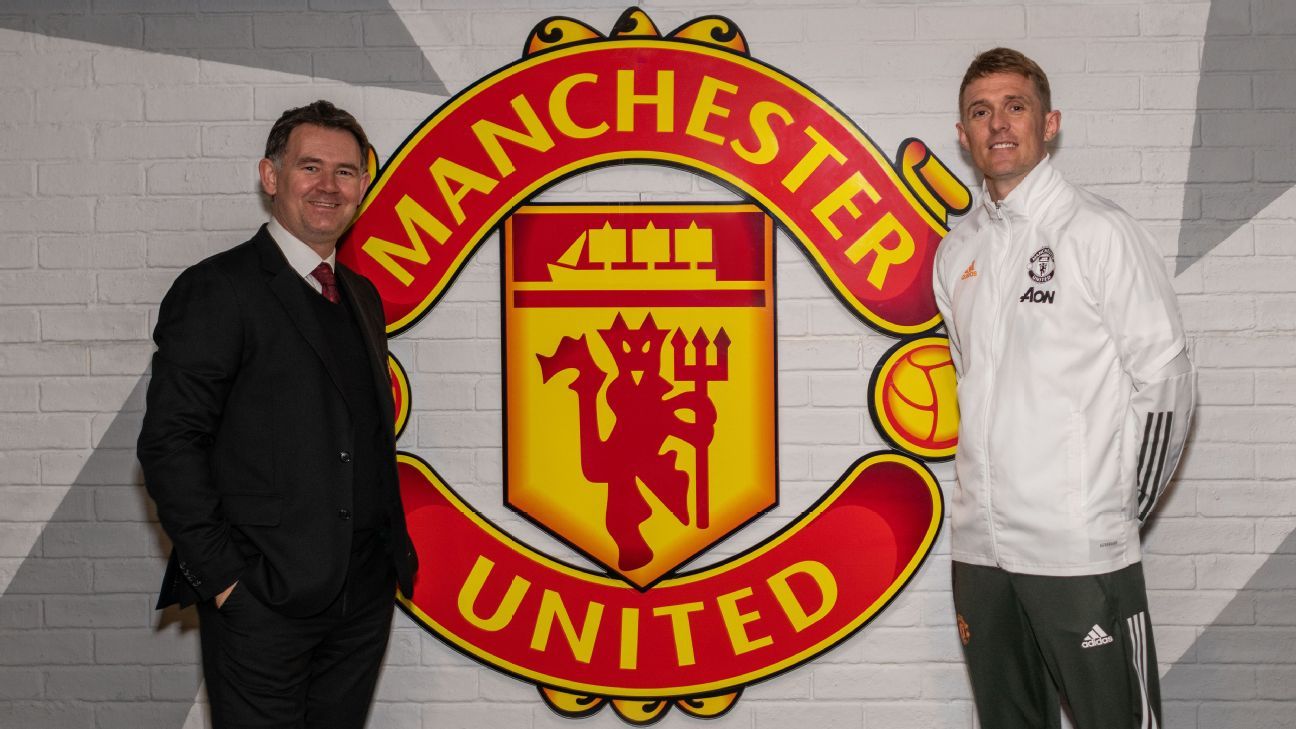 After years of talking about it, Manchester United have finally done it. A director of football is finally in place at Old Trafford.

Whether it’s director of football or football director is irrelevant; Ed Woodward doesn’t much care what you call it. The point is that John Murtough, formerly of Fulham and Everton and a United employee for the past seven years, has got the nod.

According to the press release issued on Wednesday, Murtough, 47, “will have overall leadership and responsibility for operations and strategy across all football functions.” In other words, he’s in charge of the football — everything from recruiting players for the first team to making sure the academy and the women’s team are working as they should.

It’s a big job, perhaps one of the biggest in world football given that he’s partly responsible, alongside manager Ole Gunnar Solskjaer and executive vice-chairman Woodward, for returning United to the top of English and European football. It has been eight years since they won the Premier League title, and 13 since they lifted the Champions League trophy.

Privately, the club have been keen to stress that Murtough has not just been thrown in at the deep end. He played a key role in revitalising a youth setup that was struggling when he arrived in 2014, and when United decided to launch a women’s team from scratch in March 2018, they asked Murtough to sort it out. He was the one who met with the FA to put forward the case, and helped put together an entire squad at six months’ notice.

The obvious question for fans is this: How does Murtough’s promotion from head of football development to football director change the way the club buy and sell players? The simple answer is not a great deal. Murtough is not a self-styled transfer guru, but behind the scenes United have been clear that is not what they need anyway.

He was already heavily involved in the recruitment process and has been central to the changes that took place following the departure of Louis van Gaal as manager when it was agreed that, after a series of expensive mistakes, their way of doing transfer business was not fit for purpose.

Murtough was key in the appointment of Steve Brown as head of recruitment operations and was already attending recruitment meetings. He was, and still will, report to Woodward. It is a reflection of his new standing that alongside Solskjaer he is one of only two individuals on the football side reporting directly to Woodward.

Jose Mourinho point-blank refused to allow United to appoint a director of football during his time as manager, but once he had gone Woodward made it clear to Solskjaer, initially appointed as caretaker boss in December 2018, that it was something the club wanted to put in place.

It has taken nearly three years, but the noises from both the boardroom and the training ground are that Murtough is a good fit. Where an outside appointment may have come in looking to battle for influence, Solskjaer and Murtough know each other well. They were already in regular contact, but will now speak every day. Crucially, Solskjaer’s title is still “manager” rather than “first-team coach” and he will retain his veto when it comes to buying players.

Speak to Murtough and the first thing that is apparent is his depth of knowledge on all things United. Ahead of a youth cup tie last season, he stood in the Old Trafford directors’ box telling other members of staff about midfielder Charlie McCann, including everything from his style of play to how United were able to sign him from Coventry City. His journeys through the corridors at Old Trafford on matchday can take hours, simply because he knows everyone well enough to stop and say hello.

Having a deep understanding of almost every player regardless of their age or gender comes in handy when it’s down to you to decide whether a youngster like Shola Shoretire is ready for a place in the first-team squad, or whether a new player should be signed for the same position to give him more time to develop. The hope is that Murtough, along with new technical director Darren Fletcher, will be able to join those dots. Fletcher has been brought in specifically to lend Murtough technical support having been a player at the highest level.

Cut through all the corporate jargon that always accompanies appointments like these and put simply, after seven years of quietly fixing problems in the background, Murtough is now on United’s front line.

When they wanted to sign Romelu Lukaku in 2017, it was Woodward who made the initial call to Everton. If that scenario is replayed this summer, it is Murtough who would pick up the phone.

United believe the appointments of Murtough and Fletcher are more about fine-tuning what they already do rather than a full-scale shakeup. Ultimately, though, the aim of the game is still the same as it was this time last week: win trophies. Help United do that and the long-awaited director of football will have been worth waiting for.

Arsenal start PL season with 2-0 win over Palace
Let’s not write off Haaland after one glorified friendly
Barca signing Kounde ahead of Chelsea is a coup for the club and LaLiga
Alonso wants to leave Chelsea, says Tuchel
Mixed performances for Chelsea new stars Sterling, Koulibaly in win over Everton