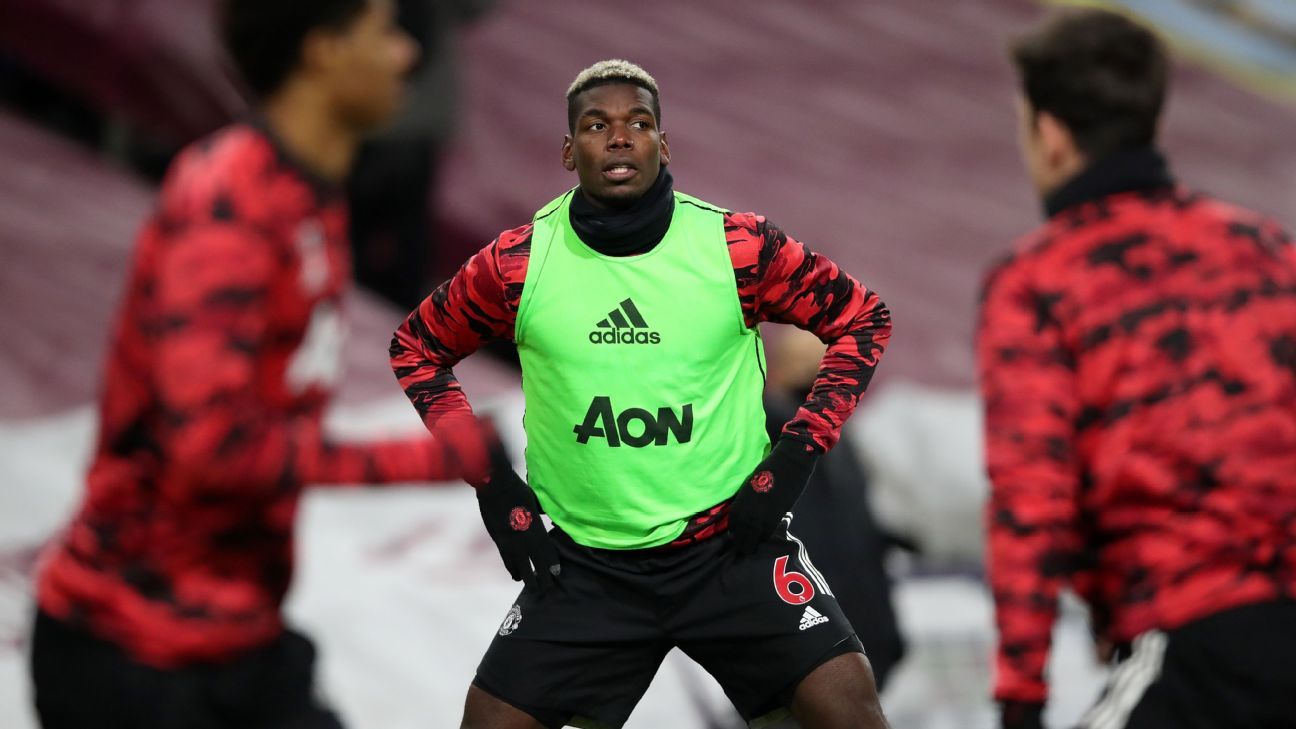 Manchester United‘s injury problems are clearing, according to manager Ole Gunnar Solskjaer, and midfielder Paul Pogba could return against Milan in the Europa League on Thursday.

United were without Pogba, Edinson Cavani, Anthony Martial, Donny van de Beek and David De Gea for the 1-0 win over West Ham United on Sunday but Solskjaer says they could all be on the plane to Italy this week.

“Injury-wise I hope we have four or five players back for that game,” said Solskjaer.

“It’s very likely that Edinson and Anthony are fit, Donny hopefully as well. Paul even might make the trip and David is back from isolation. That’s more numbers. Today we had two goalkeepers on the bench so we need them back.”

Pogba has not played since Feb. 6 after suffering a thigh injury during the 3-3 draw with Everton.

De Gea, meanwhile, has missed the four games after returning to Spain to attend the birth of his first child. The 30-year-old is back in Manchester but missed the win over West Ham after being forced to self-isolate in line with UK government coronavirus protocols.