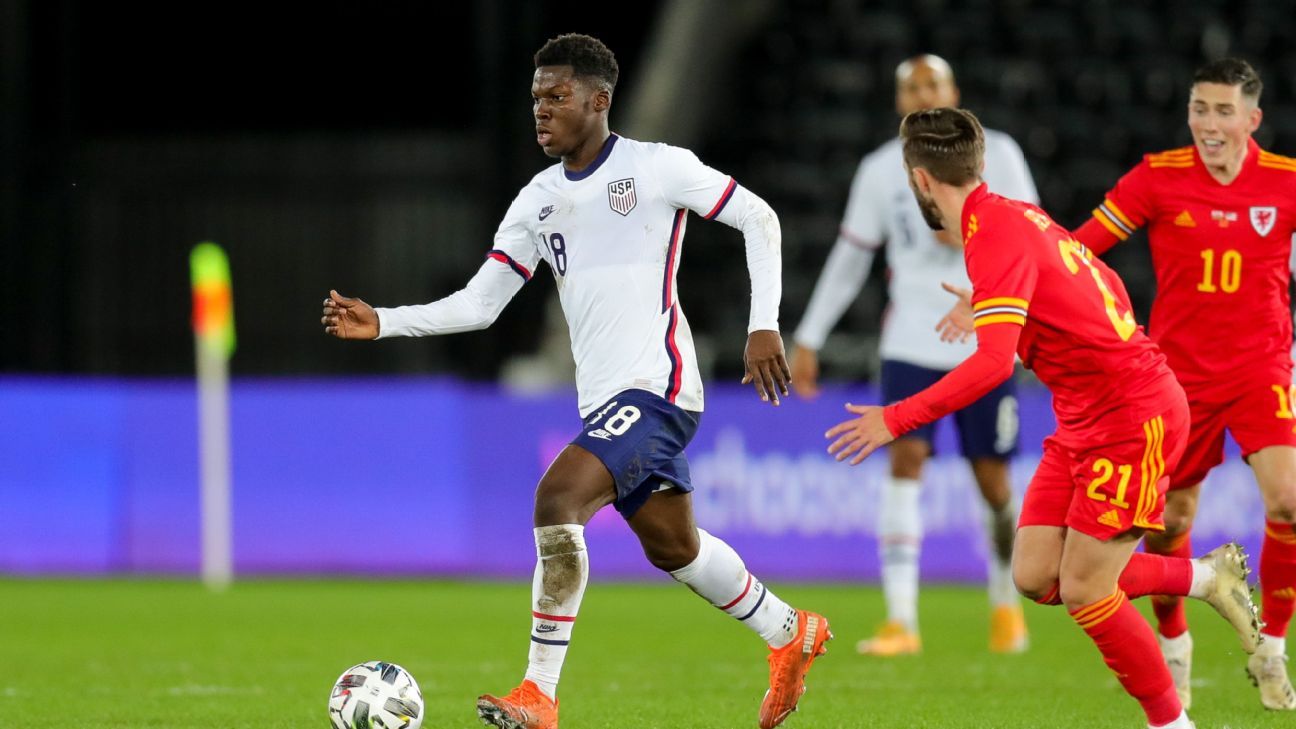 Musah, 18, made the announcement in conjunction with the U.S. Soccer Federation, and it amounts to the latest successful recruiting of a player eligible to represent multiple countries, following Barcelona defender Sergino Dest‘s choosing of the USMNT over Netherlands in October 2019.

“I think it was pretty clear for me to decide to play for the United States,” Musah told the U.S. Soccer website. “First of all, I think it makes sense to represent the country I was born in. The moment I decided to play for the United States came one day when my heart told me that this was the best place for me. The project that we have now and for the future is so exciting, and it’s a great pleasure to be able to be a part of that. I can’t wait to get started.”

Born in New York City to Ghanaian parents, Musah could also have represented England, Italy, or Ghana. He spent his early childhood in the Italian city of Castelfranco Veneto, but moved to London with his family when he was nine. Musah was part of Arsenal‘s academy, and went on to represent — and captain — England at various levels, most recently the under-18s in 2019. He was also called up to represent their U-19 team in October of 2020.

But after Musah joined Valencia in the summer of 2019, the U.S. pursued him with the help of former Valencia assistant and current U.S. staff member Nico Estevez. USMNT manager Gregg Berhalter invited Musah to a training camp back in November ahead of friendlies against Wales and Panama, and gave the player his senior international debut in the 0-0 draw against Wales. Musah also played in the subsequent 6-2 victory against Panama.

“I was really happy with, with Yunus’ performance, I’m really happy with him in camp. The guys really took to him well,” said Berhalter after the Panama match. “All I’ve ever said about players in his category is that all we want to do is create an environment for them, that they want to be in, that they trust is a good environment for their development. And it seemed like that was the case for Yunus. It seems like he sees us as a pathway to continue to develop and play with a good young group. But in the end, it’s going to be him and his family that decide.”

U.S. fans have been obsessing over Musah’s every move on social media ever since, noting whenever he followed or like a post from one of his possible U.S. teammates. Now that the player has decided, he joins a promising group of U.S. youngsters that includes Chelsea‘s Christian Pulisic, Juventus midfielder Weston McKennie and RB Leipzig midfielder Tyler Adams.

“The U.S. supporters have been really warm and made me feel wanted and appreciated,” Musah said. “It’s exciting with such a young squad. It’s nice to compete against so many great players for spots. It’s exciting to see what we can do together. I’m sure we’re going to be able to do great things.”