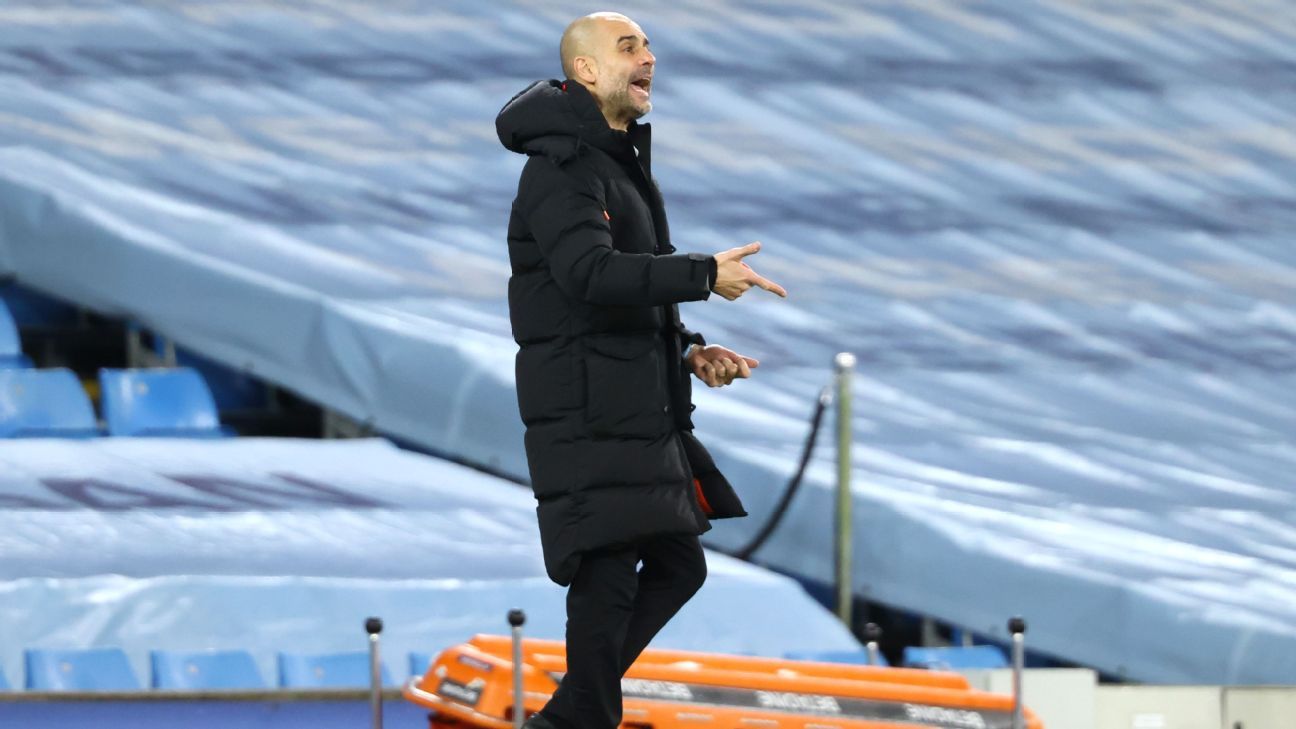 Pep Guardiola and Oleksandr Zinchenko disagreed at Manchester City‘s Champions League news conference on Monday over whether they can win the quadruple this season.

Ahead of their clash with Borussia Monchengladbach, Zinchenko said City are capable of lifting the Premier League, Champions League, FA Cup and Carabao Cup this season.

– Stream FC Daily on ESPN+
– Olley: Does Aguero have a future with Man City?

But when the 24-year-old’s claim was put to Guardiola, the City manager said he was wrong.

“I am older than Zinchenko, I have more experience and don’t agree with him,” Guardiola said.

“The only thing he has to be worried about is trying to win the game tomorrow [Tuesday] and going through. Four titles has not happened before and in my opinion is not going to happen. If you ask me if I’d agree with him I’d say no.”

Guardiola’s response to a question about the quadruple was in stark contrast to Zinchenko, who insisted City can go one better than the domestic treble they won in 2019-20.

“With Pep and I think everything is possible,” he said. “We have an unbelievable squad, the best players in the world and definitely, why not.”

Meanwhile, Guardiola has played down reports of a row with Raheem Sterling after the winger was left out of the squad for the 3-0 win over Fulham on Saturday.

Guardiola insisted the decision was purely tactical and confirmed that Sterling is part of the group travelling to Budapest to face Borussia Monchengladbach on Tuesday.

“Nothing happened,” Guardiola added. “He was not selected. When you have 20 top class players, always it will be unfair for some of them. I love them, they are the main reason why we are in the position. That game, not selected. No more than that. I don’t expect them to be happy, the guys who don’t play and not selected. Normal. Since football was created. He’s so important for the team and for all of us.”