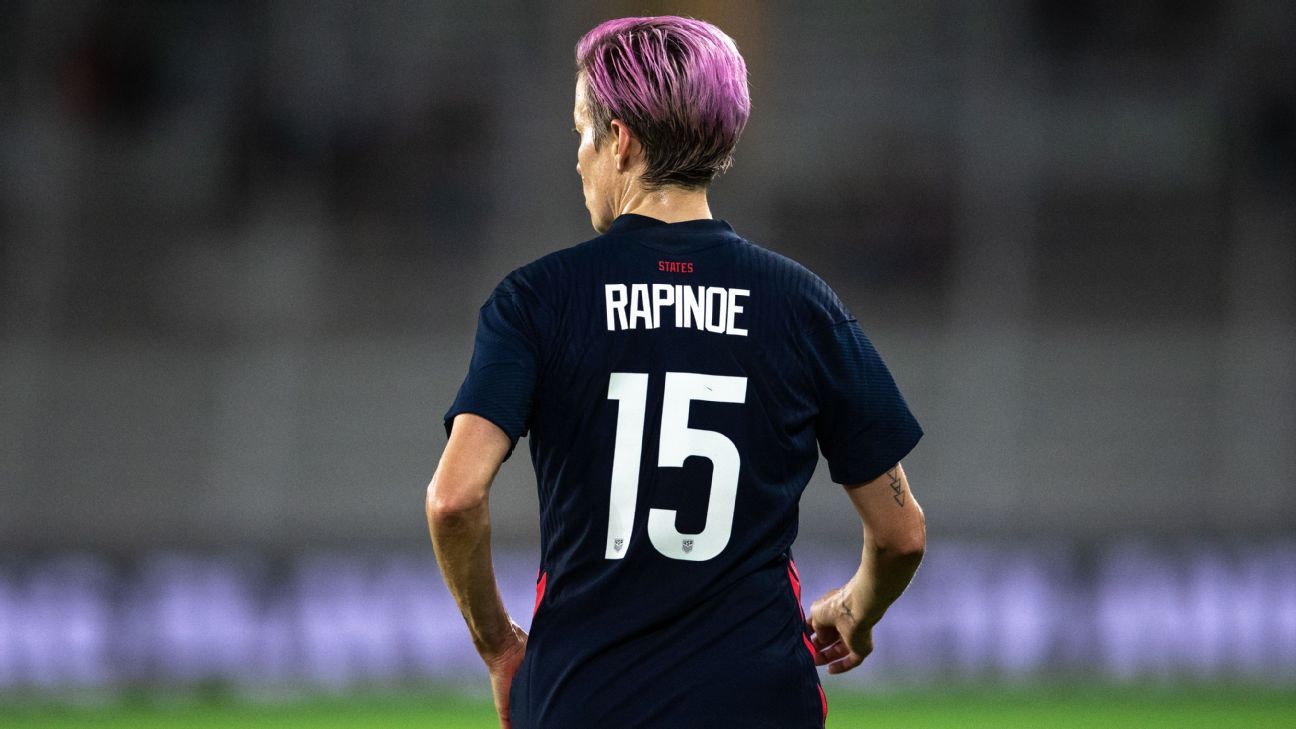 USWNT and OL Reign star Megan Rapinoe has said that when she pulls on her United States jersey she is not thinking of U.S. Soccer and her side’s ongoing legal case to secure equal pay.

Players for the national team agreed to settlement terms for the portion of the lawsuit against the U.S. Soccer Federation relating to claims of unequal working conditions in December but are still appealing an earlier decision on wage discrimination claims under the Equal Pay Act.

– Explained: What is happening with the USWNT equal pay suit?
– Stream FC Daily on ESPN+

“I would much rather be spending my time doing absolutely anything else other than fighting the federation all the time for something I feel like I deserve but that is part of it,” Rapinoe told ESPN.

“For me, when I pull on the shirt, I’m not thinking about the federation.

“I see them [U.S. Soccer executives] pulling up to the game and I think: That’s cute, that’s nice.

“I feel like I pull on this shirt for equal pay and for the fans and for kids who want to be in my position. So that never feels in conflict.”

Since launching the equal pay lawsuit in March 2019, the USWNT have won their second consecutive World Cup as well as the 2020 and 2021 SheBelieves Cups.

“It’s ironic all the time. We play in full times most of the time. We win most of the games,” Rapinoe added. “Sponsorships for all of us individually are up. We won the World Cup. We entertain. We do everything we are asked to do so it is frustrating.”

“U.S. Soccer have the opportunity to be a beacon. I don’t know why they didn’t want to stand on the steps of City Hall [on their World Cup victory tour] and claim the credit.

“I’m like Carlos [Cordeiro, former U.S. Soccer president] you could have stood there and had everyone cheering you rather than booing you.”

“It’s more complicated than that but I feel they have a real opportunity to invest in the future. All this time and money could be going to make U.S. Soccer the best federation in the world.”

U.S. Soccer announced on Monday that the USWNT would travel to Le Havre to take on France on April 13 in one of two European games during the international window. It was previously announced that they would take on Sweden on April 10 as they prepare for the Tokyo Olympics.

“I think we still need our punch in the mouth that we haven’t got yet,” Rapinoe said.

“Normally it is in the SheBelieves Cup but obviously we had some restrictions. It was great just to get together and to play.”