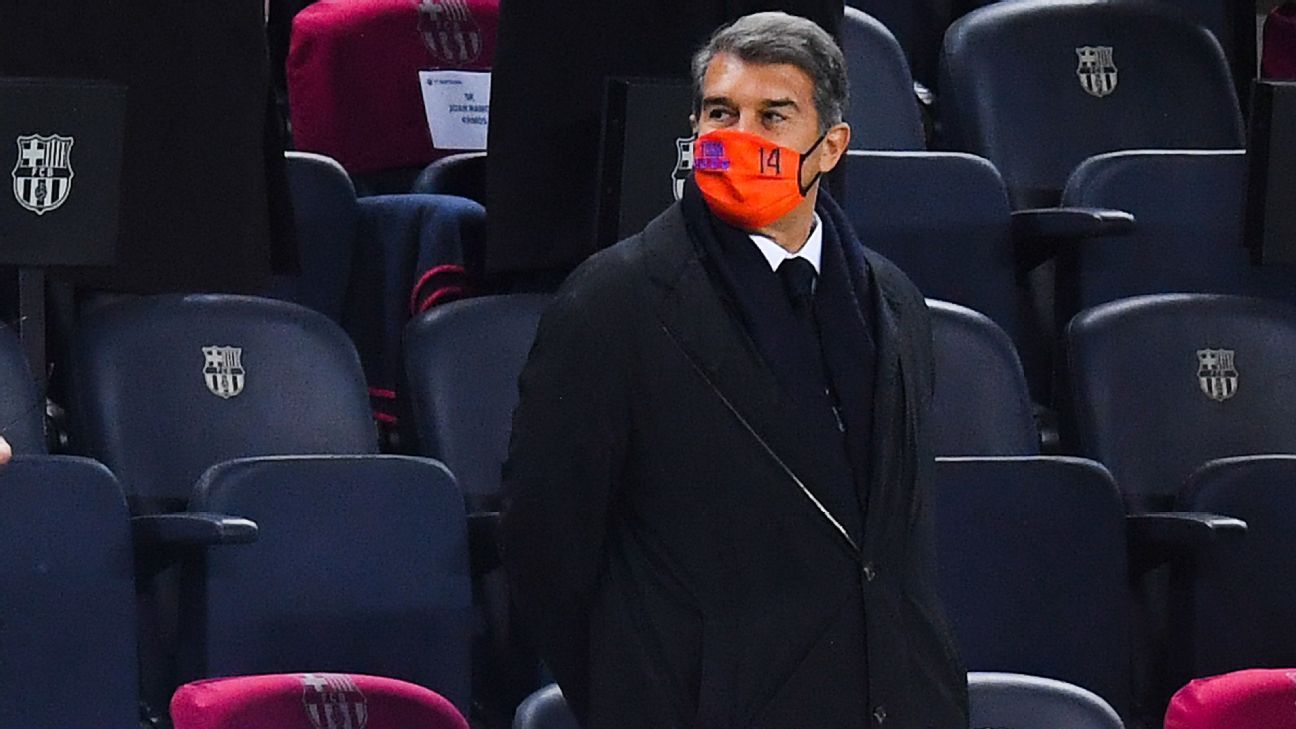 Barcelona president-elect Joan Laporta has finally secured a bank guarantee worth €125 million and will officially take office on Wednesday, sources have confirmed to ESPN.

Laporta, who was previously Barca president between 2003 and 2010, was voted back into power last weekend ahead of rival candidates Victor Font and Toni Freixa.

However to take office, Laporta and his executive board must first present a bank guarantee worth 15% of Barca’s budget within 10 days of being elected.

– Barcelona elect Laporta as president: What it means

Wednesday marked the deadline for Laporta to come up with the guarantee, which must also be ratified by La Liga, or the club would have been forced to call a new election process.

Barca’s club statutes demand that the executive board are “liable for their actions” while in charge and the bank guarantee is a way of protecting the club against being run irresponsibly.

Laporta’s hopes of securing the guarantee were hit over the weekend when it was announced that one of his vice presidents, Jaume Giro, would no longer form part of his team.

Giro was set to oversee the club’s finances. Officially, he stepped away due to “professional commitments that will oblige him to spend a lot of time in London” but sources told ESPN there were discrepancies with Laporta.

Given Giro was set to be liable for a large part of the guarantee, he had hoped to be given more power within the club, but Laporta wasn’t willing to give him as much as he wanted.

Eduard Romeu, a Barca member and the vice president of Audax Renovables, has stepped in at the eleventh hour to replace Giro and help Laporta get the bank guarantee signed off.

Laporta’s team had been studying other alternatives, such as creating more positions on the board or letting an investment find in, but the priority was always to find an agreement with Romeu.

Laporta is now likely to be sworn in officially on Monday following an extraordinary board meeting in an event at Camp Nou which will be attended by around 300 people.

He returns to the post at a critical point in Barca’s history. Star player Lionel Messi is out of contract in the summer and could leave for free, while the gross debt has risen to almost €1.2 billion with the coronavirus pandemic causing havoc on the club’s finances.