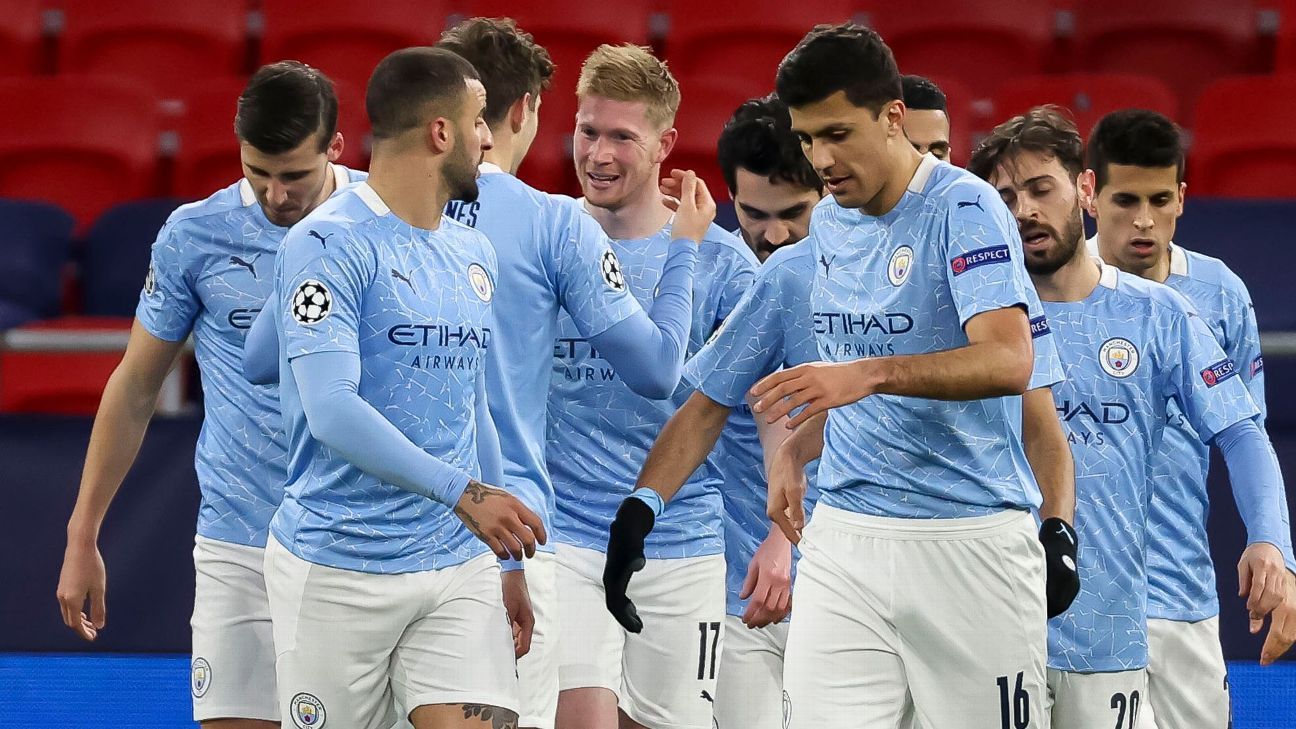 Manchester City marched into the quarterfinals of the Champions League for the fourth straight season after a 2-0 win over Borussia Monchengladbach on Tuesday that completed a 4-0 aggregate victory.

First-half goals from Kevin De Bruyne and Ilkay Gundogan secured a comfortable victory in another impressive display from Pep Guardiola’s side in the home leg, at the Puskas Arena in Budapest, the same venue as the first-leg, due to COVID-19 travel restrictions.

– Guardiola, Zinchenko disagree over quadruple hopes
– When is the Champions League quarterfinal and semifinal draw?
– Stream LIVE games and replays on ESPN+ (U.S. only)

De Bruyne blasted City ahead in the 12th minute with an unstoppable left-footed drive into the top corner after being set up by Riyad Mahrez — the team’s 100th goal in all competitions so far this season.

City, who have not conceded a goal since the opening game of the group stage in October, were in total command and playing at their fluent best.

The in-form Gundogan put the tie beyond any doubt with a confident finish after Phil Foden had broken from midfield at pace and then found the German with a perfectly weighted pass.