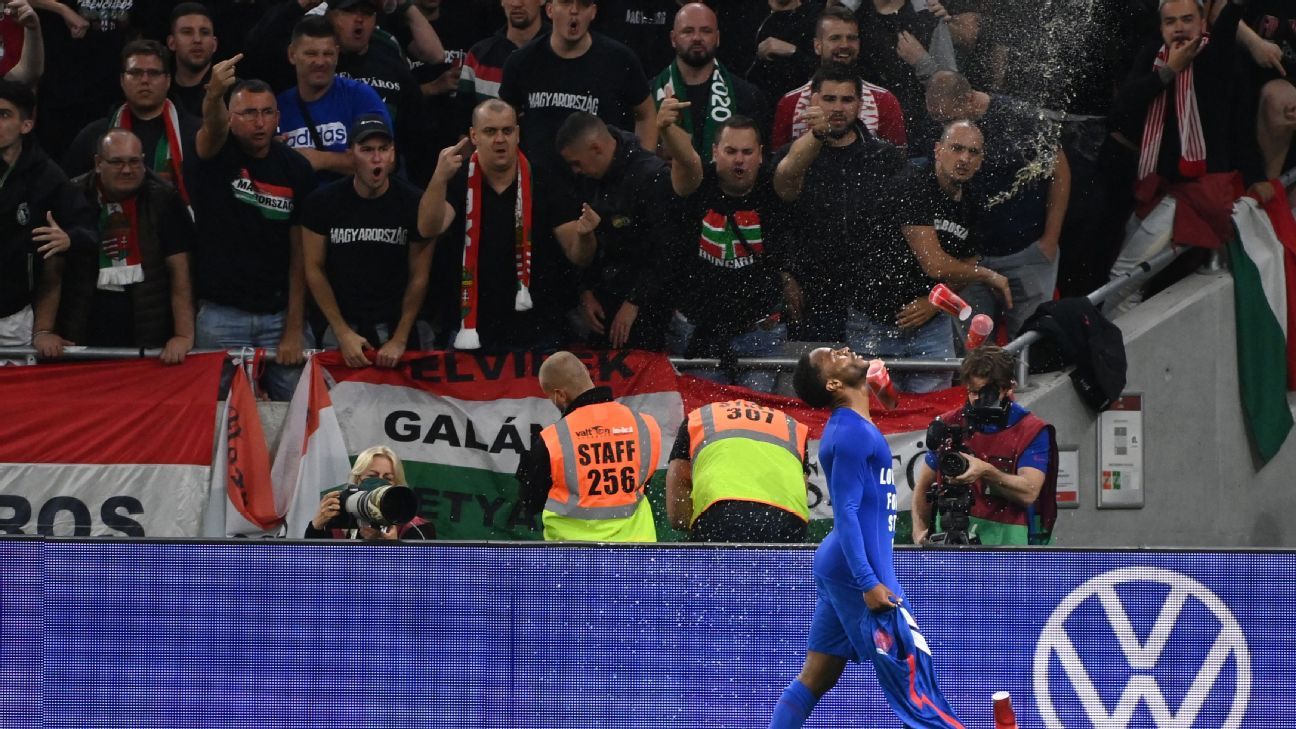 FIFA are investigating racial abuse aimed at England players during their 4-0 World Cup Qualifier win over Hungary at the Puskas Arena on Thursday.

England players were booed when they took a knee before the match in a protest against racism while Raheem Sterling was pelted with cups and bottles when he scored.

A flare was thrown onto the pitch when England went 3-0 ahead and Jude Bellingham also reportedly suffered abuse.

“It is completely unacceptable that England players were racially abused in Hungary last night,” Johnson said on Twitter.

He urged FIFA to take “strong action against those responsible to ensure that this kind of disgraceful behaviour is eradicated from the game for good.”

FIFA said in a statement that it “strongly rejects any form of racism and violence.

The Hungarian Football Association (MLSZ) were not immediately avaliable for comment.

England manager Gareth Southgate, who had ice thrown at him during an interview with BBC Radio 5 Live, said he hoped something was done.

“I’ve heard reports of racism, which I hadn’t heard during the game,” he said.

“Everyone knows what we stand for as a team, and that’s completely unacceptable. It has been reported. Our head of security has spoken to the players and taken their statement. We will deal with it in the right channels.

“The world is modernising and although some people are stuck in their ways of thinking and their prejudices, they’re going to be the dinosaurs in the end because the world is changing.”

He wrote: “England players are complaining about last night’s ‘hostile atmosphere in Budapest.’ The footage below was recorded in Wembley before the European Championship final. You can barely hear the Italian anthem over the whistling England supporters. Did they make similar comments back then???”

Information from Reuters contributed to this report.