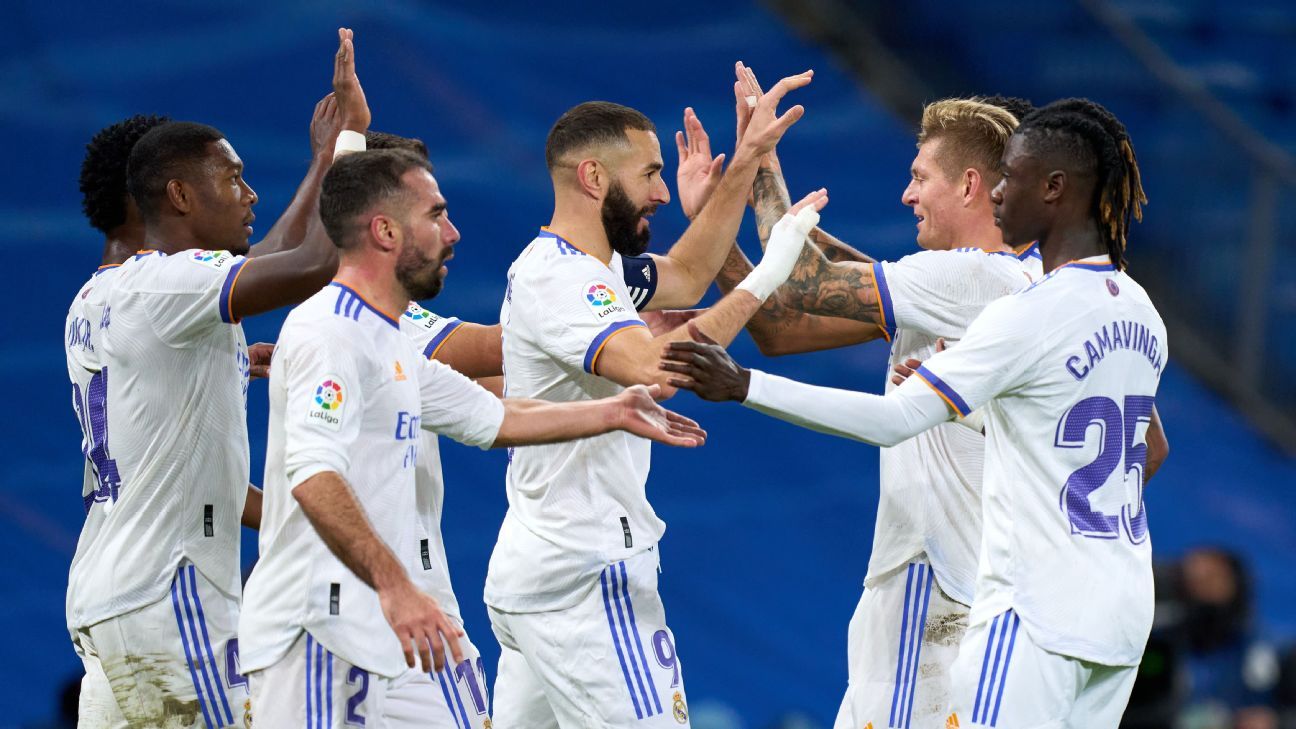 Real Madrid survived a late surge from Rayo Vallecano to win 2-1 at the Bernabeu on Satuday and maintain their spot at the top of LaLiga.

Toni Kroos opened the scoring for Carlo Ancelotti’s side with Karim Benzema adding the second. Radamel Falcao pulled one back late in the second half.

It was an exciting start to the match with Rayo Vallecano nearly scoring from the first kick of the ball through Alvaro Garcia.

Real Madrid put the ball in the net moments later but it was disallowed for offside.

They kept attacking, however, and Kroos found an opening on 14 minutes. Initially, the powerful shot was chalked off as it seemed that Vinicius Junior was offside in the build-up but a VAR review reversed that decision.

Benzema doubled the lead on 38 minutes after David Alaba crossed the ball into the box. The goal marked his 10th in 11 LaLiga games.

Rayo Vallecano had few chances, once hitting the post with their best shot, until 77 minutes when they pulled one back through substitute Falcao.