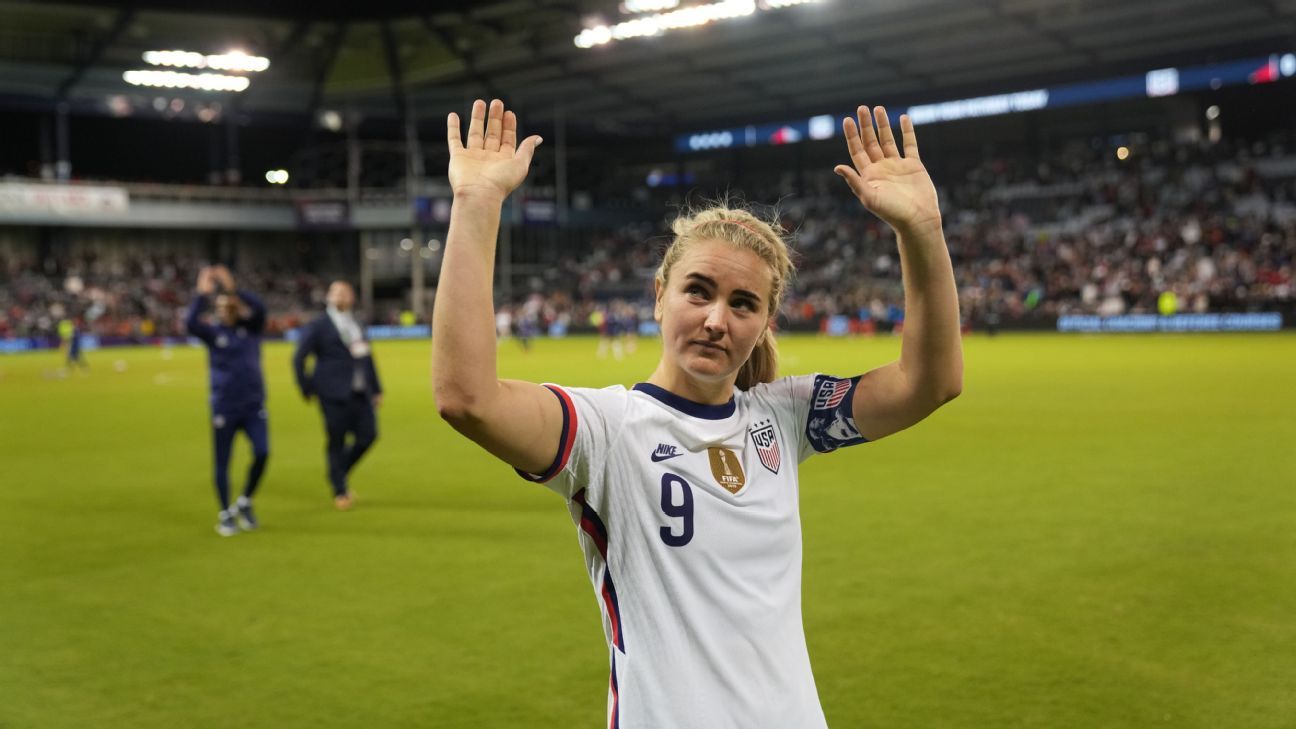 Lindsey Horan says it’s been difficult for the U.S. women’s national team to read about additional allegations of misconduct by male coaches in the NWSL while it’s in Australia training for two upcoming friendlies there.

Rory Dames resigned from the Chicago Red Stars late on Sunday night after allegations of abuse, making him the fifth coach in the NWSL to leave under such circumstances just this year.

Asked by ESPN how the USWNT players, who are in Australia for a two-game friendly series, have addressed the news while in camp, Horan said it’s been difficult to process while also focusing on preparing to face the Matildas.

“It’s hard here in camp, here in Australia to really try and do so much,” Horan, who plays for the Portland Thorns, told ESPN. “Obviously, you sit here and read these kinds of things and you continue to be like, ‘Why?’

“Like, how are there so many issues like that this going on in the NWSL? And, to be fair, it’s going on all over the world. You sit here and you just want some positivity, and I think the positive that we can take out of it is that these coaches are either being released or fired or resigning themselves because they know it’s about to come.”

“It’s a lot to take in,” she added. “Obviously we’re here trying to focus on a task, but it’s hard — it’s hard to see all these things come out and in our NWSL and to kind of have to live through these stories of these players and hear it out of their voices.”

The USWNT arrived in Australia on Tuesday and will play a friendly on Saturday (Friday 11 p.m. ET) in Sydney before heading to Newcastle for a second match, airing on ESPN at 4 a.m. ET, on Nov. 30.

Dames, 48, led the Red Stars to the NWSL finale on Saturday, losing 2-1 to the Washington Spirit after extra time in a thrilling back-and-forth match. Less than 48 hours later, Dames resigned from his position. The Washington Post published a report on Monday that detailed allegations of harassment and emotional abuse from Dames. His resignation came hours after the Red Stars had been reached for comment.

Dames joined four other male coaches who have been fired or forced to resign for alleged misconduct in the 10-team NWSL. Paul Riley was fired from the North Carolina Courage amid allegations of sexual coercion and predatory advances toward players when he coached the Portland Thorns. Richie Burke was banned by the NWSL after allegations of abusive behavior with the Washington Spirit. Christy Holly was fired by Racing Louisville for “cause,” although the club hasn’t provided details. OL Reign coach Farid Benstiti was fired after player complaints alleging inappropriate comments.

Benstiti was formerly Horan’s coach at Paris Saint-Germain, and she later publicly alleged that he made misogynistic comments and body-shamed her, which pushed her to lose an unhealthy amount of weight. Her public allegations came before the Reign hired him in January 2020.

“I think the bravery from all these women coming out and speaking about it is incredible and I’m very thankful for that,” Horan added. “I think all of us are thankful for that because it’s opening up these doors for other players to speak about it.

“I guess I’ve also had a personal experience, so it’s unfortunate to hear these things. But again, while we’re here in camp, obviously we are focusing on the task at hand but it’s really hard waking up and seeing this article coming out again about something happening in the NWSL.”

NWSL games were temporarily cancelled last month as players protested the handling of the allegations against Riley in particular. Although a player had reported his behavior to the Portland Thorns front office, Riley was allowed to quietly leave the club and was hired months later by the North Carolina Courage. NWSL commissioner Lisa Baird resigned last month amid the controversy after star striker Alex Morgan revealed that Baird declined to re-investigate Riley’s behavior at a player’s request.

Most players on the U.S. women’s national team play in the NWSL due to a clause in their contract with the U.S. Soccer Federation requiring them to play club soccer in the domestic league.