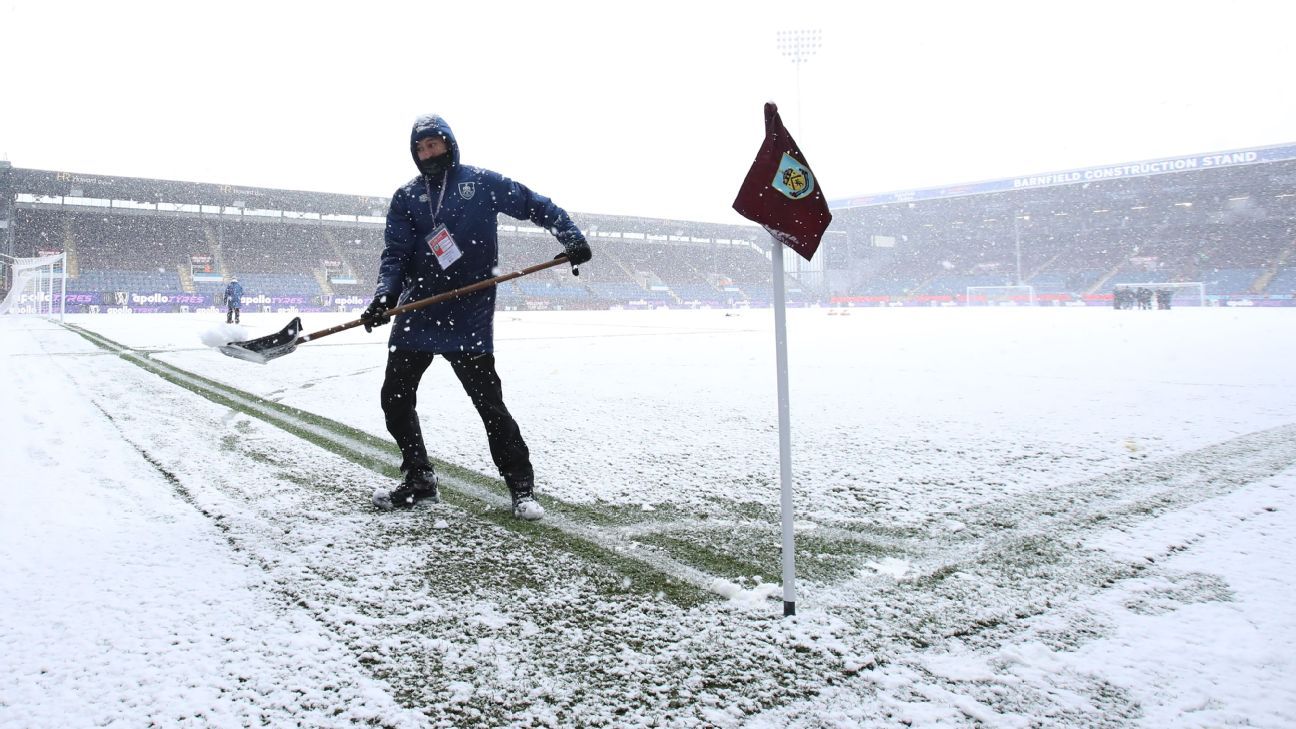 The Premier League match between Burnley and Tottenham at Turf Moor on Sunday was postponed less than an hour before kickoff due to adverse weather conditions.

Spurs arrived at the ground prepared for the game, but both clubs announced the match had been called off after heavy snow had fallen on the pitch.

– ESPN’s Notebook: The inside stories in football
– Stream ESPN FC Daily on ESPN+ (U.S. only)
– Don’t have ESPN? Get instant access

Grounds staff were working to clear the snowfall from the field when the announcement was made after consultation between the referee and the two managers.

Tottenham released a statement on social media which read: “We can confirm that today’s match against Burnley has been postponed due to adverse weather conditions.”

Burnley also posted a statement moments later and said: “Due to concerns with the playing surface and surrounding areas, it’s been deemed that the game can’t go ahead safely.”

❄️ We can confirm that today’s match against Burnley has been postponed due to adverse weather conditions. pic.twitter.com/8azBGHf3Pl

“As you can see, the pitch recovers every time they clear it,” Burnley manager Sean Dyche said. “The referee explained the safety angle as well so it was important to make a decision early.

“It fell that quick and that heavy. It’s still quite strong now. [The pitch] can’t get rid of the snow that quick. It’s the lines being cleared as well — we would have to stop and clear them. It’s a joint decision with everyone concerned.

“We were ready for the game and I made it clear if it could be played we wanted it on — as did their manager. I can’t see how it could go ahead the way the pitch is at the moment.”

Spurs were looking to bounce back from their shock Europa Conference League defeat at Mura in midweek, with new boss Antonio Conte criticising the players for their performance.

Due to the postponement, Spurs stay in seventh place in the league table while Burnley remain in the relegation zone.

The Premier League has not confirmed when the match between the two sides will be rescheduled.

Information from Reuters was included in this report.