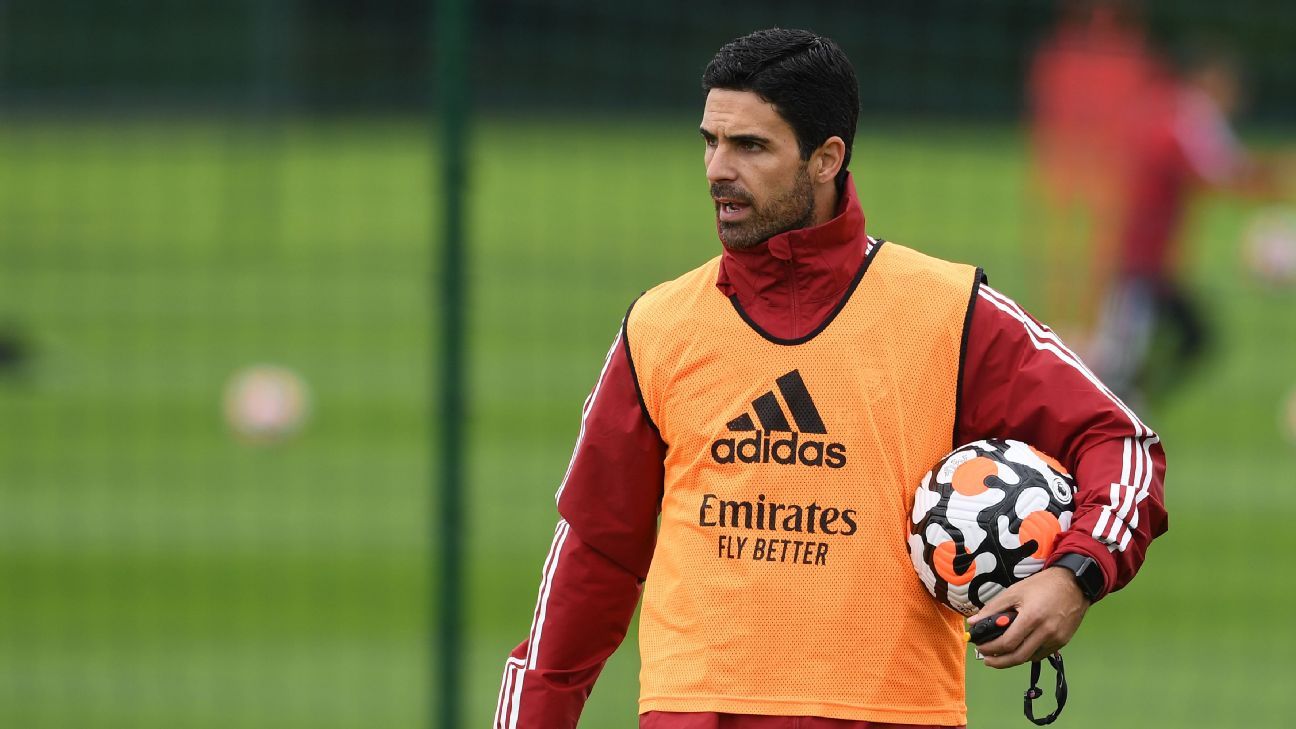 Mikel Arteta has said Arsenal can still attract the best players in the world despite a five-year absence from the Champions League.

The club’s last appearance came in 2017 and this campaign marks the first time in 25 years they have had no European football at all after finishing last season’s Premier League in eighth place.

However, Arteta is undergoing a major rebuild having spent £140 million on five new signings last summer and is looking to make further additions this month.

Arsenal have been heavily linked with a big-money move for Fiorentina striker Dusan Vlahovic and although Arteta refused to be drawn on specific names, the 39-year-old said they are able to compete for the hottest prospects.

“Every time I have spoken to any player, they were so willing to come. I haven’t faced any other situation and that is one of our biggest powers.

“Our capacity to get the attention of people to come and join our club is something that is an advantage for us.”

Arteta may have been coy on possible incomings but he sought to rule out a January departure for striker Eddie Nketiah, whose existing contract expires at the end of the season.

Nketiah has so far refused to sign a new deal with Arsenal and he has interest from Crystal Palace in addition to multiple clubs in Germany, sources have told ESPN.

Palace almost completed a deal for Nketiah in the summer but the move collapsed over personal terms and agent fees. However, coach Patrick Vieira is keen to revive talks this month.

“The situation is that Eddie is our player and Eddie is going to stay here with us,” Arteta said.

Pushed on whether there was a chance Nketiah could depart, Arteta replied: “He is our player, he is under contract so he will stay with us.”