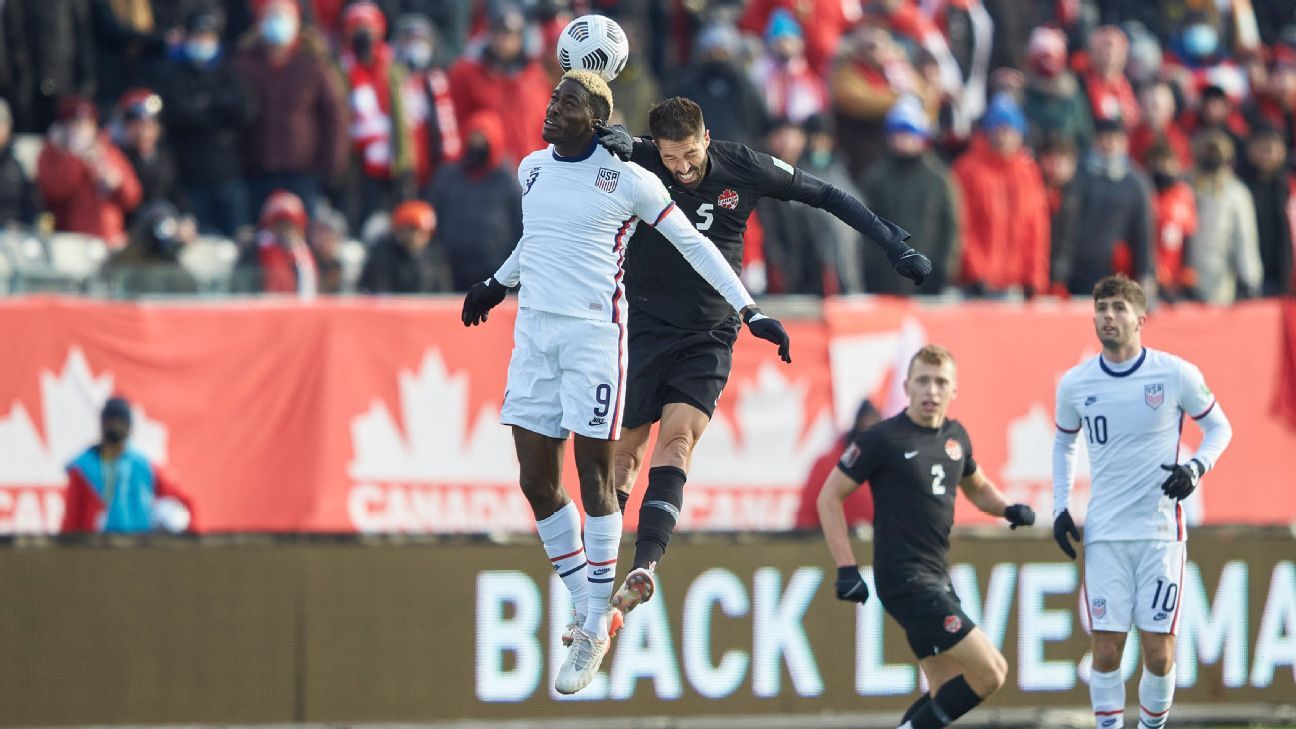 The United States dropped a crucial World Cup qualifying match to Canada in a 2-0 loss on Sunday in Hamilton, Ontario.

The goal came after the USMNT failed to properly handle Matt Turner’s goal kick, which the Canadians were able to convert on a counter attack with Larin and Jonathan David.

The United States had a golden chance in the final moments of the first half off a corner kick, but Weston McKennie’s header was saved in spectacular fashion by Canadian keeper Milan Borjan.

But it would Canada’s day, with Sam Adekugbe capping the win by firing a goal past Turner in final seconds.