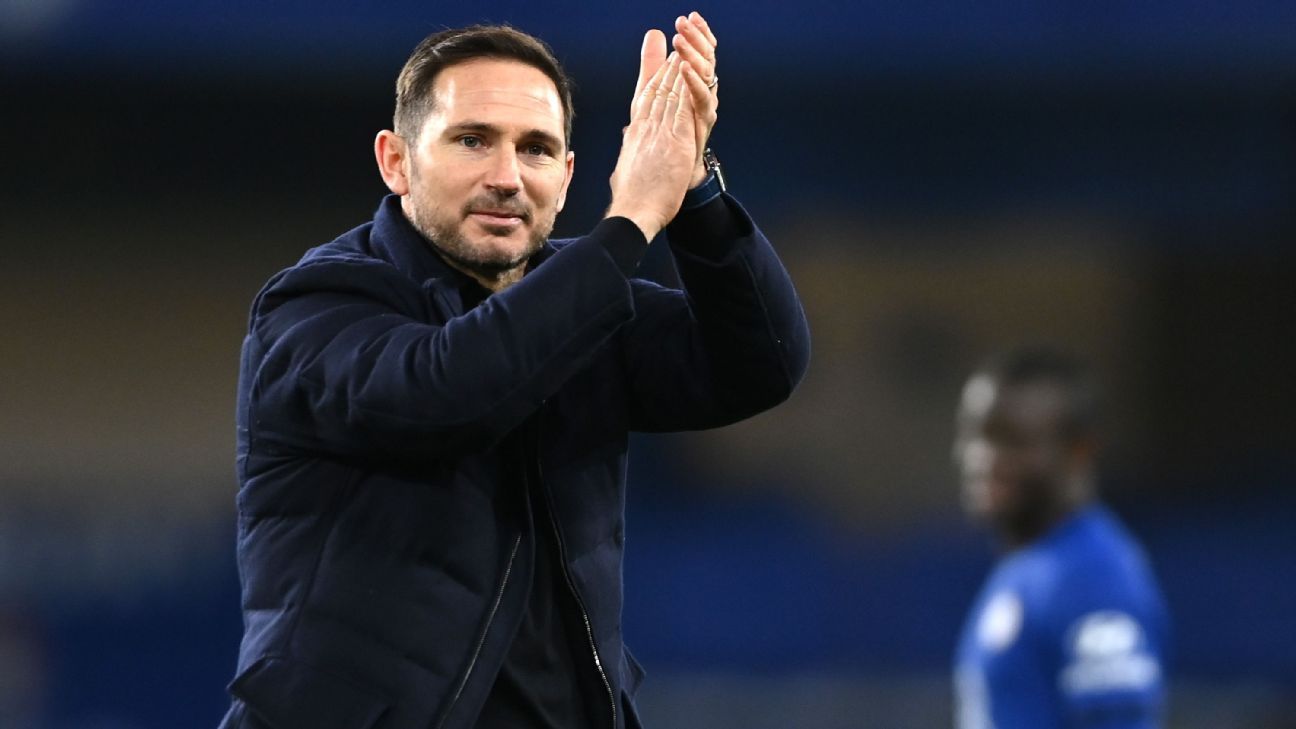 Former Chelsea boss Frank Lampard will return to the Premier League after being named as the new Everton manager, the club have announced.

The 43-year-old replaces Rafa Benitez, who was sacked earlier this month. He will be joined by Joe Edwards as assistant manager and Paul Clement as first team coach.

Lampard said: “It is a huge honour for me to represent and manage a club the size and tradition of Everton Football Club. I’m very hungry to get started. After speaking to the owner, Chairman and the Board, I very much felt their passion and ambition. I hope they felt my ambition and how hard I want to work to bring it together.

“You can feel the passion Everton fans have for their club. That will be hugely important. As a team – the competitive level that the Premier League brings and the position we are in the table – we certainly need that. It’s a two-way thing. I think Everton is a unique club in that you can really understand what the fans want to see. The first thing they want is fight and desire and that must always be our baseline.

“My first message to the players will be that we have to do this together. We’ll try to do our job and I know the fans will be there backing us.”

Lampard began his managerial career at Derby County in 2018, reaching the Championship playoff final during his only season at the club, before leaving to replace Maurizio Sarri at Chelsea.

The former England midfielder guided the club to Champions League qualification during his first season in charge, as well as the FA Cup final, despite being restricted by a transfer ban for the first half of the campaign.

Lampard began his second season with a bolstered squad following a £220 million spending spree in the 2020 summer transfer window, but was unable to maintain Chelsea’s form, resulting in his dismissal last January. His replacement, Thomas Tuchel, subsequently won the Champions League.

Among other rumoured candidates to take over at Goodison Park was Wayne Rooney, but the former Everton player — and England teammate of Lampard — said on Friday that he turned down the chance to interview, opting to stay at Derby County.

Everton majority shareholder Farhad Moshiri, said: “I am really delighted that Frank has joined us. He is an impressive young man and off the pitch. He has played at the very highest level of the game and has football in his blood. He impressed us all greatly during the thorough interview process and we’re all ready to give him all of our support as he looks to give the team an immediate boost.”

Lampard enjoyed a glittering playing career as a midfielder and was best known for the 13 seasons he spent with Chelsea, with whom he won three Premier League titles, four FA Cups, as well as Champions League and Europa League crowns.

He is the fifth-highest scorer in Premier League history with 177 goals and third-highest in appearances with 609 and played for West Ham United and Manchester City either side of his time at Chelsea, before finishing his players career in MLS with New York City FC.

Lampard’s first game with his new team will be against Brentford in the FA Cup fourth round on Feb. 5 (stream LIVE in U.S. on ESPN+).

Everton have won once in the league since September and are in 16th place in the Premier League, just four points above the relegation zone.

Tottenham sign Richarlison from Everton
Serie A to decide title by playoff in case of tie
Which players have impressed at the men’s U19 Euros?
Ronaldo seeks $626K from lawyer in rape case
Sources: LAFC close in on shock Bale deal