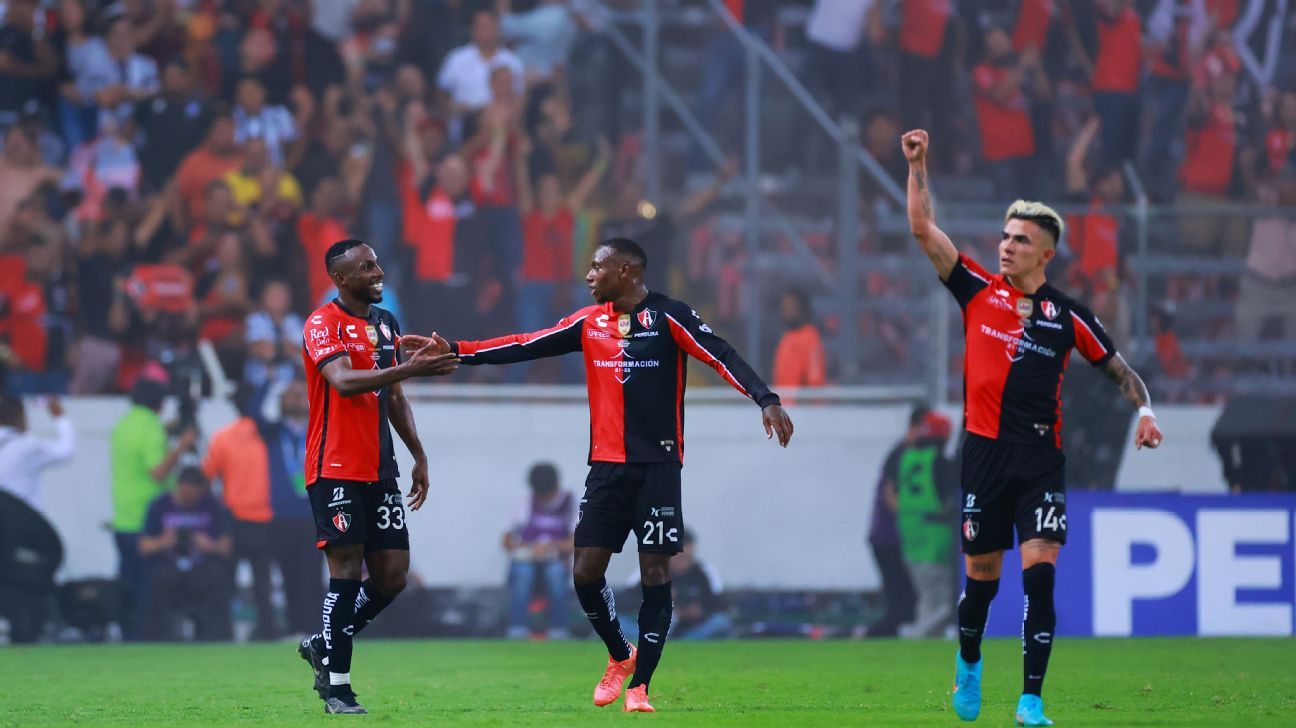 Atlas took a step toward consecutive Liga MX titles by defeating Pachuca 2-0 in the first leg of the Clausura final on Thursday.

At home in a packed Estadio Jalisco, Los Rojinegros were carried by goals from Luis Reyes and Julian Quiñones, along with vital saves from goalkeeper Camilo Vargas.

Reyes, playing in an advanced midfield role instead of a usual spot at left-back, opened up the scoresheet for Atlas with a perfectly-placed header in the 26th minute. After distributing the ball out wide to Jose Abella, Reyes rushed up into the 18-yard box and received a cross back before knocking it into the back of the net.

Pachuca, eager to equalize, pushed higher up the pitch but failed to get anything past Vargas in the first 45 minutes.

Chasing a 1-0 deficit in the start to the second half, Pachuca continued to test Vargas and eventually hit the crossbar in the 57th minute after a shot from striker Nicolas Ibañez slapped the woodwork. Atlas, unbothered by the near-goal from Ibañez, gradually began to absorb pressure and complicated many of the runs forward from Los Tuzos.

Just when it looked like Pachuca might have had a chance to level the result, Quiñones caught the exasperated visitors off-guard with a goal for Atlas in injury time. After stealing the ball in the opposition’s final third, the Colombian sprinted towards the net and scored to make it 2-0 by the 93rd minute.

The second leg will be on Sunday, with Pachuca hosting the match at the Estadio Hidalgo. If the aggregate scoreline finishes level, the match will go to extra time and then penalties if needed.