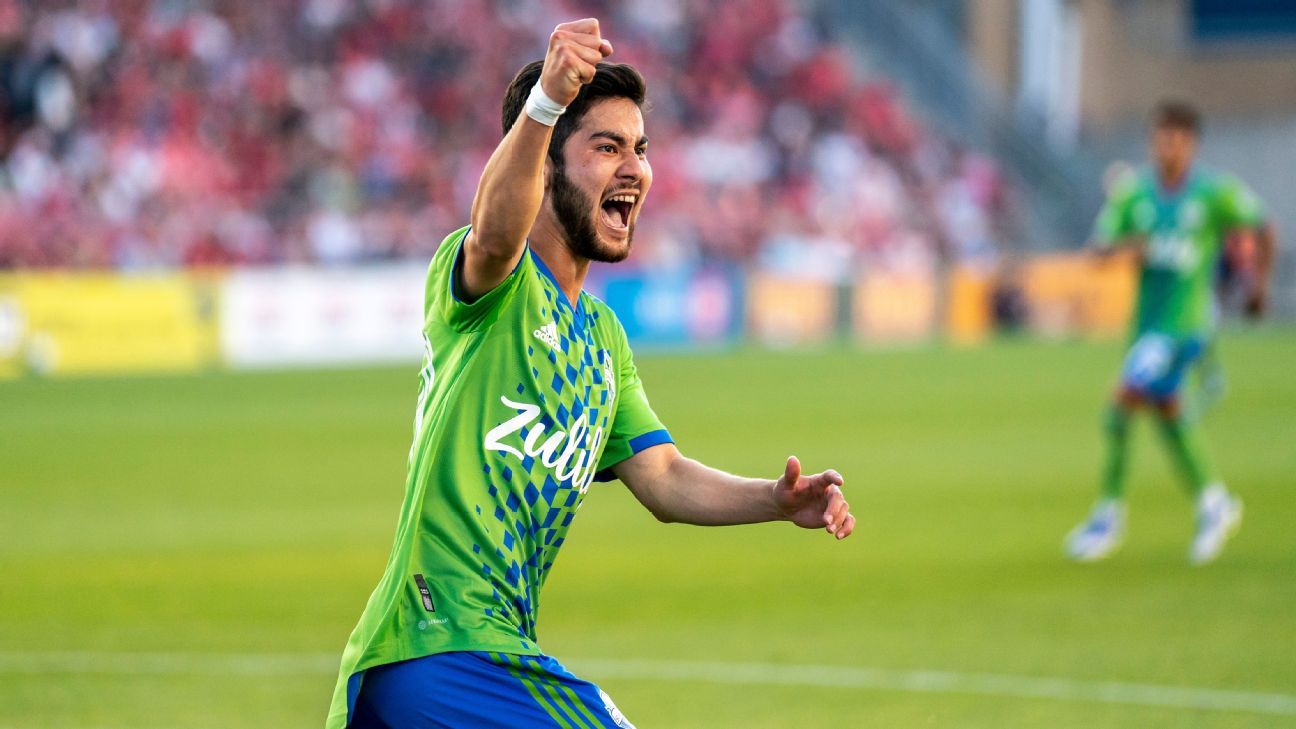 Dylan Teves scored his first professional goal six minutes before halftime to help the short-handed Seattle Sounders to a 2-0 victory at Toronto FC on Saturday evening.

Fredy Montero added his second goal of the season for the Sounders, who were without several regulars while playing their third match in eight days.

Among them, striker Raul Ruidiaz and defender Xavier Arreaga both missed out with hamstring injuries. Veteran winger Jordan Morris did not travel with the team after scoring in the Sounders’ last two matches.

Stefan Cleveland made six saves for Seattle (8-7-2, 26 points), which moved up to fourth place in the Western Conference standings with the victory. The three-time MLS Cup winners had been as low as 13th in the West after a 2-0 loss to Dallas back on May 7.

Alejandro Pozuelo came closest to scoring for Toronto (5-10-3, 18 points), which lost back-to-back home matches for the second time this season.

The hosts were also in their third match in eight days but had played all three close to full strength and in their home stadium. They remain 12th in the East, with Italian star attacker Lorenzo Insigne set to make his debut next week.

Quentin Westberg made two stops for the home side, which has now allowed a goal in 26 consecutive matches dating to last season.

He could do little on either Seattle goal.

Content to absorb pressure and launch counterattacks, the Sounders used one of those counters to open the scoring.

On a play that began with Cleveland’s clearance, Leo Chu ran onto a one-touch pass down the left, beat defender Carlos Salcedo around the left corner and then played a low cross to the near post.

The 22-year-old Teves met it and sent a low, first-time finish past Westberg from the edge of the 6-yard box.

Montero hit the crossbar seven minutes after halftime, and then Cleveland made an excellent one-on-one save with his left leg against Pozuelo.

Shortly after that the Sounders put it out of reach on another intricate sequence. Montero finished it off with a slick give-and-go with Nico Lodeiro before converting another goal from close range.